Gordon Brown and the future of UK nuclear weapons: some questions

What Gordon Brown actually said about the future of Britain's nuclear weapons in his Mansion House speech on 22 June 2006 was this:

And I mean not just stability by securing low inflation but stability in our industrial relations, [….] the same strength of national purpose we will demonstrate in protecting our security in this Parliament and the long-term [sic] – strong in defence in fighting terrorism, upholding NATO, supporting our armed forces at home and abroad, and retaining our independent nuclear deterrent.  [My emphasis — BLB]

Many of us have reacted to these extraordinary, apparently unnecessary, out-of-context words with dismay.  I cling to the faint hope that he deliberately avoided any explicit commitment to replacing Trident when it wears out, confining himself to repeating the manifesto pledge to retain it (until after it doesn't work any more? surely not).

But actually it looks very much as if a firm decision has already been made to replace it — money allegedly allocated already to Aldermaston to work on a successor — and the refusal to admit it, along with the promises of a public and parliamentary debate before any decision is taken, is simply a lie designed to deceive those who ask such tiresome questions as: whom is a future British nuclear capacity meant to deter, and deter from doing what? What is the threat against which a nuclear weapon might be relevant? In what conceivable circumstances would any future British govermnment actually use a nuclear weapon and against what kind of target?  What imaginable future enemy might be deterred from attacking us by the belief that Britain was likely to retaliate with nuclear 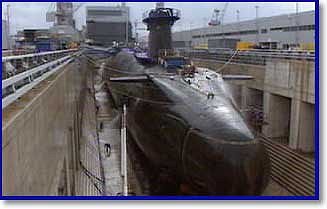 weapons?  Is it seriously envisaged that we might one day use nuclear weapons — perhaps small battlefield nuclear weapons — against a non-nuclear power, or against a nuclear power that had not itself used nuclear weapons against us?  Do we claim the right to adopt a First Strike strategy?  In what way will continued possession of a nuclear weapon make us more secure than the Germans, Italians and Spanish? Is it ever going to be technically or politically possible to use a nuclear weapon in any circumstances whatsoever without the prior permission of the Americans?  If we used a nuclear weapon without US approval or contrary to Washington's wishes, could we seriously expect to continue thereafter to enjoy the nuclear collaboration with the Americans without which  we couldn't anyway maintain a nuclear capability?  What political and diplomatic price shall we have to pay for indispensable American technical support in developing a replacement for Trident? How much will it all cost and what effect will such massive expenditure have on our ability to find the additional money to meet the conventional weapon and equipment requirements of our armed forces? What are we going to do to honour our solemn promise and obligation under the NPT to promote universal nuclear disarmament, including by the five recognised nuclear powers?

I'll be amazed if we ever get satisfactory replies to any of these questions, because the die is already cast.  In his admirable commentary on these issues in the Guardian on 23 June, Richard Norton-Taylor profusely illustrated the lengths to which the government is already going to withhold vital information about decisions already taken and about the essential facts and figures without which a serious national debate is impossible.  Norton-Taylor quotes the defence secretary to devastating effect as innocently admitting that even if MPs are permitted a vote on the issue in parliament, it will take place only after ministers have taken the fateful decision (this in the pretence that such a decision hasn't already been taken):

Des Browne, the defence secretary, said the government promised full transparency and the fullest possible parliamentary debate on this hugely important issue "when the time is right". However, he added, it was too early to decide whether MPs would be allowed a vote. That would "in part depend on what decisions we actually take in the future".

That's enough to make you laugh if you weren't already crying.  Several MPs have already begun to demand a firm pledge that they will indeed be allowed to vote on the issue once the promised White Paper has been published and the matter publicly and fully debated.  But the outcome of such a vote can't be in doubt:  the Tories are already committed to support for a replacement for Trident, so however big any Labour back-bench rebellion by the usual suspects (and perhaps others), the government can be assured of a clear majority for indefinite retention of a nuclear capability.

No doubt Mr Broon threw this firecracker into his otherwise unutterably tedious speech (I endured it live, in full, on television) as a signal to the Blairites that he wouldn't play lefty politics with defence policy if and when he is given a go at No. 10. The whole speech was a promise to continue tenderly to nurse big business and the City when elevated to the big one. Maybe all this is indeed the price he has to pay to prise Blair out of office before the prime minister scuttles the whole ship as his final vengeful gesture: après lui, le déluge. I continue to believe that Broon can't be any worse than Blair and that in some areas he could be significantly better. But the way things look now, he — or anyone else who succeeds Blair — will have only a few months in office before rosy-cheeked Master Cameron arrives on his bike to claim the keys to No. 10 Downing Street, and with them the keys to the nuclear black box. What a bummer.