Cameron’s EU speech: a fraud and a gamble

David Cameron’s long-awaited speech of 23 January on the EU was certainly a game-changer. It was also a fraudulent and reckless gamble. It was a game-changer because it represented a dramatic shift in Cameron’s position: formerly, he had promised only a referendum to approve or reject such changes he might manage to make in Britain’s relationship with the EU. Yesterday he promised a totally different kind of referendum: whether to stay in the EU, or to leave it. At a stroke this has legitimised the head-banging Europhobes and brought them into the mainstream of British politics. The motives for this U-turn are obvious: to outflank UKIP and reduce its electoral threat to the Conservative party, to appease his back-bench Europhobes and the Europhobic media, and thus to create an illusion of party unity. It is also designed to wrong-foot the Labour party by depicting it as afraid to let the people decide on Britain’s future in the EU. 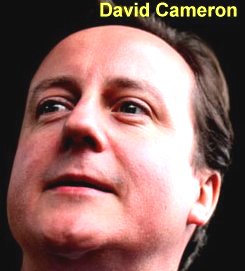 The speech is fraudulent, because its logical implications are the opposite of the real position. The one section of the speech which rang true was the peroration, powerfully setting out the case for Britain remaining in the EU.  Cameron understands as well as anyone why Britain should remain in the EU.  He knows that to leave it would be catastrophic for British interests. He plans to emulate Harold Wilson’s tactics in 1975 when Wilson, a much better tactician than Cameron, went through the motions of “renegotiating” the terms of Britain’s membership of the EEC, pronouncing the renegotiation a triumph, and holding a referendum on it which approved Britain’s continued membership by a margin of 2 to 1.  The difference between then and now is that Wilson could predict reasonably accurately the referendum result that he wanted, namely to stay in. Cameron cannot possibly know now how a referendum in five years’ time would go. Everything would depend on how the EU evolves between now and then. Radical change is certain, whatever concessions the British government might seek, not because of British sabre-rattling but because of the measures that will be necessary to save the Euro, and the consequent need to work out a new relationship between EU members inside the Eurozone and those, including Britain, outside it. The negotiation of these changes will offer extensive opportunities for reforms of aspects of the EU regarded, not just by Britain but also by some other EU members, as unsatisfactory. It’s quite unnecessary for Cameron to make such a drama of this prospect, which will present itself whatever he does. Moreover, if these changes include transfers of powers from member states, including Britain, to the EU, Britain will have to hold a referendum on them under a UK law of 2011 accepted by all three main political parties.

The fraud is the pretence that Cameron is in favour of Britain leaving the EU unless he secures a series of ill-defined concessions, and that he will campaign  for Britain to leave the EU in five years’ time if he has failed to secure those concessions – the unavoidable implication of his EU speech yesterday, which he dares not explicitly acknowledge. The gamble is the promise of an in-or-out referendum in five years’ time, whose result could well be disastrous for Britain. Even in the almost inconceivable event of Cameron retrieving from Europe all the powers and competences that he wants to bring back, it must be obvious that any gain for Britain from such concessions cannot possibly be of such significance as to determine whether or not Britain stays in the EU. That issue is far too momentous to be decided on such inherently marginal grounds.  (The gamble is the more reckless because of his apparent disregard for its likely effects on the outcome of the Scottish independence referendum in the autumn of next year, making the disintegration of the UK under Cameron’s premiership just that bit more likely.)

Labour now confronts two challenges, one difficult, the other more straightforward than much of the media seem to recognise. The difficult challenge will be to make the case against the repatriation of the powers which Cameron and the Europhobes want to get back from Europe. Labour needs to convince a sceptical public opinion that subjects such as the environment and the prevention of crime are best handled jointly on a European basis, not by each EU state individually, and certainly not by Britain on its own with the rest of Europe acting together. There may be a case for changes in the criteria for executing the European arrest warrant, but there is no possible case for abolishing it, still less for Britain alone to opt out of it. Even more significantly, Labour has a plain duty to oppose Cameron’s demand for a British opt-out from the controversial working hours directive and other EU regulations designed to protect the basic rights of employees throughout the EU. In particular, Labour, the Lib Dems and the unions should collaborate in opposing a UK opt-out from the regulations that prevent employers sacking their workers without the need to state a justification. Some business leaders in Britain would love to regain the power to hire and fire their workers at will – a licence to sack people on racial, gender or sexual orientation grounds without acknowledging them, or simply on a whim. Labour should expose this Tory ambition as exploitative, unfair and retrograde, supporting those in Europe who may be expected to resist any such opt-out for Britain on grounds of giving one member state an unfair competitive advantage over the rest, as well as on general grounds of workers’ basic rights.  Similarly, in seeking to ditch the working hours directive, Cameron shamelessly acts as the spokesman for the most unscrupulous of Britain’s bosses, and Labour should hammer away at exposing him in that role. The directive is an essential protection, not only for workers who might otherwise be forced to work unreasonable hours, but also for the public, whom the directive protects from (for example) flawed medical care by over-worked and exhausted junior hospital doctors.

The more straightforward challenge for Labour is to defend its opposition to an in-or-out referendum, either on the timetable proposed by Cameron, or at any other time determined years in advance. Currently there is no change in Britain’s relationship with Europe so significant as to justify a referendum which would risk having such potentially harmful consequences. To predict that in five years’ time changes will have occurred so significant as to require a referendum is absurd and arrogant. The decision on a referendum can only sensibly be taken in the light of circumstances at the time. Meanwhile, the legal requirement for a referendum if and when there is a proposal to transfer further powers from Britain to Europe is more than enough to protect our interests. Labour can perfectly well stick on this position, while exposing Cameron’s reckless promise as motivated purely by party political considerations and not by any calculation of the national interest.

One interesting and revealing postscript:  It is widely forgotten that on 9 December 2011 Mr Cameron returned from a summit meeting in Brussels boasting that he had bravely defended British interests by vetoing an EU treaty, on the grounds that the rest of the EU had refused to satisfy the conditions he had laid down for refraining from exercising his veto. These conditions amounted to a series of demands which were mostly unconnected with the subject matter of the proposed treaty. In fact, our prime minister had not vetoed a treaty at all: there was no draft treaty in existence for him to veto. All he had done was to try to prevent the rest of the EU from using the Commission and other EU organs and facilities for the negotiation of a new treaty designed to impose more discipline on the Eurozone. In practice this shabby attempt was easily circumvented, and the only effect of Cameron’s attempted blackmail was to ensure that Britain alone was virtually excluded from having any input into the negotiations leading up to the new treaty. (The sad and shameful tale is related in more detail in an earlier post on this blog, here: it’s well worth reading.)  If that episode is a reliable indicator of Mr Cameron’s negotiating skills, and of the integrity of the account of his actions that he offers the British people, Labour should have no great difficulty in exposing the fraud, recklessness and ineptitude of the new Tory strategy for Europe, and the reactionary character of its real aims.