Jeremy Corbyn has now answered at least two radio or television interviewers, who asked him whether as prime minister he would ever press the nuclear button, with the fatal word: No. This is surely the most significant event to have occurred during the Labour party conference. It almost certainly marks the beginning of the end of the Corbyn adventure, and is both a human tragedy and a political relief.

Two things are abundantly clear: first, a major element of the parliamentary Labour party, from which any future Labour government would be drawn, is not ready to adopt unilateral nuclear disarmament as official Labour policy, either because most of its leaders believe that the UK nuclear deterrent is vital to our security or because they think such a policy would guarantee another ignominious failure at future elections, or both; and secondly, the electorate at large, except possibly in Scotland where there are special factors, is most certainly not yet prepared to agree to the scrapping of the UK nuclear deterrent, and would regard the election to government of a party or its leader committed to doing so as a threat to our national security. 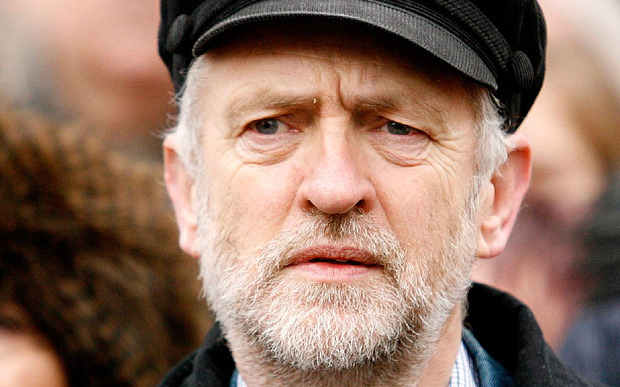 Mr Corbyn’s repeated declarations that he would in no circumstances order the use of a nuclear weapon mean that if he were to be prime minister, the billions that we spend on Trident would have been wasted: the deterrent would no longer deter, since the whole world now knows that as prime minister Mr Corbyn would never permit it to be used. It’s now therefore inconceivable that a party led by Mr Corbyn could be elected to government. He has adopted and declared his own personal policy of unilateral nuclear disarmament regardless of the party’s eventual decision on the issue, and sooner or later he will have to accept the consequences. No amount of ingenious fudge or compromise can now undo what the leader of the Labour party has done.

He could have refused to answer a far-fetched, academic and hypothetical question, saying that a scenario in which there could be a case for Britain to launch a nuclear weapon was simply inconceivable, or that everything depended on the decision that the party still had to take on an issue that it had hardly begun even to debate, or that his decision in such unlikely circumstances would be governed by his honest assessment at the time of the national interest and national security. But such evasion, an essential and well understood tactic for any political leader, is not in Mr Corbyn’s nature. In that two-letter word, “No”, he has blown any chance of ever becoming prime minister at the head of a Labour government.

I write as one who has long advocated scrapping Trident and our nuclear weapon capability on the grounds that they are a waste of money and a damaging distortion of essential defence spending. But I am forced to recognise that a majority in the parliamentary party (probably) and a substantial majority in the country (certainly) disagree and that it can only be the policy for another day — or decade. When the implications of what he has said sink in, the Corbyn experiment is finished. Goodbye, Jeremy.