Dear Ed: an open letter of congratulations to Ed Miliband

You have earned our congratulations on many grounds. Congratulations on having led Labour so much more successfully than the gloating media pundits and your would-be successors would have us believe. As Ross McKibbin pointed out in the London Review of Books of 4 June, in the best analysis of the election results published so far,

Despite Labour’s catastrophic result in Scotland – it dropped from 41 seats to one; the SNP now has 56 – in Great Britain as a whole its total vote actually rose by 1.4 per cent; the Tory vote was up 0.8 per cent. In England the Tory vote rose by 1.5 per cent and Labour’s by 3.5 per cent.

So as to gains in votes cast, Ed, you did more than twice as well as Cameron in England and almost twice as well as the Tories across Britain, despite Scotland (where incidentally Labour won over 700,000 votes, again nearly twice as many as the Tories). Overall Labour narrowly won more seats from the Tories than vice versa, a net gain however you look at it. So even measured by seats won and lost under the distortions of First Past the Post, and more clearly by gains in raw votes cast, you out-performed David Cameron. It’s clear with hindsight that many Labour people’s expectations (including mine) that on or soon after 8 May you would be prime minister, heading a minority government, were always going to be disappointed: a new prime minister like David Cameron generally gets a second term, and a party suffering a defeat like Labour’s in 2010 usually needs at least two parliamentary terms to recover and form a government. Labour would probably have lost even if it had been led by Nelson Mandela or the angel Gabriel. 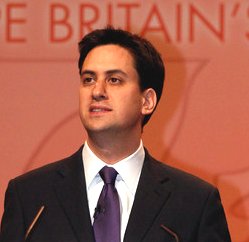 Congratulations too on your brave election campaign. You’ve been widely blamed for not “looking like a prime minister”. But on any objective reckoning you bore yourself throughout the campaign and before with more dignity and authority than Mr Cameron has ever managed to summon up. A party leader who has never been prime minister is almost invariably regarded as “not prime ministerial”: even most Tories couldn’t quite see Margaret Thatcher as prime minister on the steps of No. 10 promising to bring harmony to the nation, until she was and did (promise, not bring). Just performing the ceremonial duties of the office confers a certain gravitas (except on Mr Cameron, who still sounds shrill, petulant and pettily partisan). Even the Tories admit that you grew enormously in confidence, authority and stature in the eyes of the public during the campaign. Those of us who had already heard and seen you in the flesh on public platforms knew you were the real thing, a big beast in the political jungle, with the capacity to be a fine and inspiring prime minister.

Next, congratulations on the positive radical things that you brought to Labour’s policies, often in the face of obstruction from some of your colleagues who seemed more anxious to protect their own and New Labour’s reputations and legacy in government than to support your efforts to strike out in a new direction. The theme of “predatory” versus “producer” capitalism which you set out in late 2011 was a brilliant and seminal insight, neither negative nor anti-business. It rang bells all along the political spectrum. A letter in today’s Financial Times urges the Conservatives to adopt your ideas on limited price and rent controls, and restoring the public interest test to decisions on mergers and acquisitions. Even parts of the Tory media have supported your calls for restraint over bankers’ bonuses and for restoration of the 50% top marginal tax rate. You were absolutely right to highlight the object of economic and fiscal policy as ordinary families’ well-being, ahead of reduction of the budget deficit; and to focus on gross, mounting inequality as the enemy of growth and prosperity.

It’s certainly regrettable that the party leadership failed to nail damaging — perhaps ultimately lethal — Tory lies about the alleged responsibility of the Blair and Brown governments for the banking crisis and about their supposed over-spending (largely on schools and hospitals to make up for years of Tory government neglect), and now the smart purveyors of hindsight are blaming you for concentrating on the future instead of refuting Tory lies about the past. But if you had tried to deal with those damaging twin smears about the New Labour record, that would have become the central battleground of the election, on ground of the Tories’ choosing, and you would now be under attack from left and right for having failed to advance optimistic and forward-looking policies for the future – as indeed simultaneously you are.  And you could not have buried those Tory myths on your own.

Congratulations, therefore, on your fine, thoughtful and inspiring leadership, failings comfortably outweighed by success. It’s sad that those competing for the succession are rushing to ditch so many of the good things you gave the party. You had, and have, real stature. Compared with you, most of the current candidates look like uninspiring pygmies. You still have a huge amount to contribute and many of us hope that you will do so. Accept responsibility for defeat if you must, but don’t apologise.

No doubt I’ll be drenched in bemusement, disbelief, scorn and rage for writing this.  But facts are facts.   Congratulations, Ed, and thank you.