Globalisation of cruising: some penalties for the Brits

Like so many other once-great British institutions, Cunard Line has sold itself for a mess of pottage to a vast American conglomerate, Carnival, that owns its own eponymous cruise line among several others.  The discovery that Carnival is equipping its own cruise ships with wi-fi internet access for the use of passengers with laptops — but showing no sign of allowing, or requiring, its subsidiary Cunard to do the same — has prompted me to send the following message from the Cunard website, itself apparently wholly Americanised:

According to http://tinyurl.com/gxfaw, Carnival (American owner of once-British Cunard) is equipping all its own cruise ships with wi-fi internet access for passengers, as well as cell-phone (mobile phone) access, while at sea.  Why is Carnival not doing the same for all Cunard cruise ships instead of exploiting Cunard passengers with monstrous over-charging for use of slow and limited internet facilities on the ship's own computer system? (P&O of course does the same thing.)  When will the Cunard Queens be equipped with wi-fi, an absolute necessity for many 21st-century passengers?

Question no. 2: Why do you try to prevent Cunard customers, mainly British, living outside the US from e-mailing you from this web page, or indeed at all?  Why don't you include a proper e-mail address on your website so that anyone anywhere in the world can e-mail you?  Not to do so is just lousy customer relations.  To send this I have been forced to use a relative's New York telephone number: my real number is +44 (0)20 [**** ****] in London, England.

Question no. 3: Why is Carnival closing down a historic British institution, Swan Hellenic, a cruise line and cultural experience combined, used for almost a century by British writers, academics and others with a genuine intellectual interest in the countries visited?  Why is Carnival transferring Swan Hellenic's only ship, Minerva II, to another of its cruise lines, presumably to increase the profits for Carnival's shareholders in blithe disregard of the loss to Britain's cultural life?  Is this always the price we have to pay when great historic British companies like Cunard and Swan Hellenic are sold to American 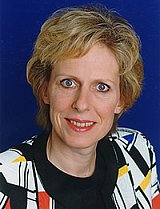 owners who don't care a jot about the effects on their British customers of the money-grubbing changes they recklessly make, still less concern themselves about denying British customers the benefits they provide to their fellow-Americans such as wi-fi access and an e-mail contact facility?

I am putting a copy of this message on my website (http://www.barder.com/ephems/ ) and I shall be glad also to put there any reply I might receive to it.

Don't hold your breath for the reply, though.  (And while you're waiting, have a look at the unintentionally revealing account of how the formidable Pamela Conover made her way via "the profit-driven entrepreneurial Carnival"  to be nominated by Carnival as President of Cunard.  How Nancy would have laughed!  Still, at least Pamela's English….)