Indeterminate Sentences for Public Protection (IPPs) are abolished, but there’s more to do

Yesterday, May Day 2012, was a very special day for a little noticed reason. On 1 May 2012 an Act of Parliament abolished the infamous system of IPPs (Indeterminate Sentences for Public Protection). This régime, the brainchild of Labour’s David Blunkett when he was Home Secretary, has kept – and still keeps – literally thousands of men and women in prison cells long after they have served the portion of their sentences deemed by the judges to be sufficient for their punishment. They remain incarcerated indefinitely. The only way they can regain their freedom is by satisfying a risk-averse parole board that something has happened to them while in prison which demonstrates that they will not reoffend if and when they are released. Predictably, this requirement to prove a future negative has set IPP prisoners an almost impossible task, and only a tiny percentage (around 4%) of IPP prisoners have ever been released, even though in many cases their original offences have been relatively minor – as their often short minimum sentences have shown. 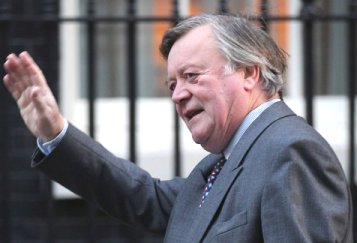 The Act of Parliament which has at long last swept away future IPPs, the Legal Aid, Sentencing & Punishment of Offenders Act 2012, or “LASPO”, deals with a wide range of topics in addition to the abolition of IPPs. Many of its provisions are controversial, and some are certainly objectionable. It seems clear that some of the more draconian provisions of the Act have been included as the price that Ken Clarke, the Justice Secretary, and the government’s house liberal, has been forced to pay for the abolition of IPPs, a measure that goes against the grain of much Tory backbench opinion and the reactionary policies of the feral tabloids. The Labour frontbench, much to its discredit, has dismally failed to give even lukewarm support to Clarke’s efforts to rid us of IPPs: indeed, there have been moments when shadow ministers have come close to opposing abolition, whether from fear of the tabloids or because of pressure on them from the succession of illiberal Labour home secretaries responsible not only for IPPs but also for numerous other indefensible laws on crime and punishment and under cover of the so-called war on terror. So the abolition of IPPs owes nothing whatever to the Labour opposition in Parliament or to the massed ranks of retired colonels on the Tory back-benches.

However, it’s too soon to say ‘Mission Accomplished’. Thankfully, no more IPP sentences can now be passed. But all those handed down before 1 May 2012 remain in force, and those thousands of prisoners who have paid their debt to society, but still see no hope of ever being released, still face the same impossible requirements for regaining their freedom as if LASPO had not been passed into law. The gleam of hope for them lies in the power given by LASPO to the Justice Secretary to set new criteria to be used by the parole boards in deciding whether an IPP prisoner can safely be released. It’s clear from earlier Justice Ministry documents that the intention will be to remove the onus for demonstrating that the prisoner will not reoffend from the prisoner, requiring instead that the parole boards must order the prisoner’s release unless there are solid and specific grounds for believing that he will reoffend if released. This change can’t happen too soon if a huge weight of fear and uncertainty is to be lifted, not only from the prisoners concerned, but also from their families and other loved ones. Now is the moment, not only to liberalise the criteria for releasing IPP prisoners, but also greatly to accelerate the processing of all those who have served their minimum sentences (‘tariffs’) but who still languish in jail under what can only be described as preventive detention.

Ken Clarke and his Justice Ministry deserve congratulations and thanks for steadfastly sticking to their guns and getting this significant reform through Parliament and onto the statute book, in the face of widespread timorous doubts and much outright hostility, some of it from powerful quarters. They need no reminding that the task is not completed until the last post-tariff IPP prisoner walks through the prison gates to freedom.

As a postscript, this blog is glad to have played a part, however small, in the campaign for the abolition of IPPs, including the provision of a space on the Web in which literally hundreds of relatives of IPP prisoners have been able to appeal for advice and support, as well as expressing their anguish and fear at the appalling uncertainty facing them and their loved ones, never able to be sure that the person concerned will ever be released. Many have written in comments on blog posts here about the disgraceful games of cat and mouse played with IPP prisoners by parole boards and the prison authorities in the effort to postpone indefinitely a decision on whether a prisoner has demonstrated that he will not reoffend if released. This cruel behaviour by an effectively unaccountable authority should now be ended by an entirely new regime, to be installed by the Ministry of Justice, to ensure that the great majority of IPP prisoners are systematically, but rapidly, processed and released without further delay.

Historians of penal reform by a right-of-centre government, sulkily opposed by a supposedly left-of-centre opposition, may care to read through some of the posts on this blog over the past several years, including especially the hundreds of comments appended to them by others: http://www.barder.com/3419, /3372, /3355, /3350, /3331, /3326,   http://www.barder.com/politics/liberty/ipps-extracts-from-parliamentary-papers-october-2011, and many, many more.

So: three cheers for May Day, 2012 and the end of IPPs.  By all means open the bubbly!  But tomorrow there’s more work to be done before those infamous IPPs can be said to have been consigned to where they belong: the dustbin of history.