Events are moving so swiftly that it’s difficult to write anything that won’t be overtaken a few hours later.  The defenestration of Boris Johnson and the candidature to succeed Cameron of Michael Gove (who will be seen as a traitor by the Boris fan club, presumably), coupled with Theresa May’s impressive and dignified speech opening her campaign, with both Gove and May saying that if elected they would not want an early general election to confer a proper mandate on them, all have potentially important implications. One is the distinct possibility that the new prime minister may be a Remainer after all, although she didn’t display much enthusiasm for that campaign at the time, no doubt to keep her options open. 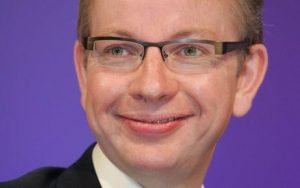 I still think it more likely than not that when the time comes the new prime minister and the Tory party at large will see advantage in a general election, perhaps early in 2017.  They would have two powerful motives for this: one, to secure unchallengeable democratic legitimacy for the new administration and for whatever it eventually settles for in future relations with the EU: and two, to destroy the Labour party, at any rate if Jeremy Corbyn is still leader of the party at the time, probably causing it to split formally, and thus to secure a full further five years in office without having to worry about another election until 2022 or later.  The Fixed Term Parliament Act is very easily satisfied, or by-passed, or if necessary repealed, by a governing party with an overall majority; in addition it’s notoriously difficult for any opposition party, however dismal its electoral prospects, to be seen to oppose an early general election, which would be rightly interpreted as an admission of impending defeat.

So the Labour party needs to be ready for an election at any time from (say) October onwards.  That in turn makes it imperative to pile yet more pressure on Mr Corbyn to step down very soon indeed, and not to contest the resulting leadership election. If the National Executive Committee of the party has the power to reform the asinine electoral system of the party so as to exclude present and future £3 ‘supporters’ from voting, that would make very good sense, despite the resulting screams of outrage that would be audible as far away as St Petersburg.  But that horse has already bolted, I fear.

Both Theresa May and Gove rule out, implicitly or explicitly, any manoeuvre designed to keep Britain in the EU despite the verdict of the referendum. Nevertheless one learned law professor émeritus  (hat-tip: Professor Geoff Berridge) has suggested that a challenge by judicial review of any move to trigger Article 50 of the Lisbon Treaty, or of an irrevocable move by the UK government to leave the EU, might succeed, on the grounds that the motive for calling the referendum was about management of the Tory party, not the interests of the country;  and/or on grounds of the narrowness of the majority for Leave in the referendum.  Both these arguments seem to me far-fetched.  I don’t see any UK court looking behind the decision to hold the referendum to assess the motives of the prime minister in making it, still less challenging the motives of both houses of parliament in legislating for it.  If the courts claim the power to strike down acts of parliament on grounds of motivation of the governing party being to gain party advantage rather than to promote the interests of the country, parliament might as well pack up and go home — and no UK court has the power to strike down an act of parliament anyway.  To attempt to invalidate the result of the referendum on the grounds that the Leave majority was relatively narrow would similarly stretch the asserted jurisdiction of the courts well beyond breaking-point.  If parliament had intended to impose a minimum majority, say two-thirds of those voting, for Leave to become the valid result, it would (and undoubtedly should) have done so. It’s not for the courts to substitute the political preferences of unelected judges for those of the elected House of Commons and it seems to me inconceivable that they would dream for a single second of doing so. But then I’m not a lawyer.

A variant of the judicial review proposal is that parliament and the government should simply ignore the referendum, keeping calm and carrying on as if nothing had happened. The justification for this would be that the referendum had not been legally “binding” and that those voting to Leave had been deliberately misled by demonstrable lies and unfulfillable promises, and that neither parliament nor government could properly press on with a Brexit that would inflict such dreadful damage on ordinary people’s lives and on the country’s interests on the basis of a mere four percentage point difference between the Leavers and the Remainers. This too seems to me both untenable and undemocratic.  If the government had reserved to itself and to parliament the right to substitute its own judgement for that of a simple majority of the people voting in a referendum, it would have had a clear obligation to say so from the outset, and indeed to make that clear in the referendum legislation.  All major party leaders had committed themselves publicly to accept the result of the referendum, whichever way it went. The referendum was not legally binding but it was unarguably politically (and I would say morally) binding. On a lower and more pragmatic level, for the government to try to ignore it and refuse to act on it would provoke a gigantic protest movement in the areas of strong anti-EU and anti-Establishment feeling which would hugely exacerbate the bitter rift in our society already widened by the referendum, and would almost certainly lead to riots on a catastrophic scale.   I have no doubt that it should and will be ruled out.

A more subtle argument for ignoring or reversing the referendum result, put forward by some commentators, a handful of MPs and some media commentators, is that the referendum is not and cannot be binding on the sovereign parliament, and that MPs, the majority of whom oppose Brexit, cannot constitutionally be required to vote for the innumerable measures required to extricate the UK from the EU against their own judgement and consciences.  If however parliament were to reject the legislation needed to give effect to Brexit in UK law, while the government’s negotiations with the rest of the EU (or rEU) under Article 50 concluded with Britain formally ceasing to be a member under EU and international law, the resulting deadlock would cause chaos in the fields of law, politics, business and commerce.  The only way out of such an impossible situation would be a general election in which MPs willing to vote through the legislation required to validate the new reality could be expected to be in a majority.  In practice, if such a situation seemed to loom, enough MPs with tender consciences about facing reality would almost certainly feel compelled to abstain from voting, to allow the inevitable legislation to be passed.

This leaves only one plausible scenario that could lead to a reversal of the referendum’s verdict.  This is if a reversal were to be supported by a convincing majority of the electorate in a further public consultation, probably by a general election or less likely in a second referendum, before Britain was irrevocably committed to leaving the EU.  The only possible justification for holding such a second consultation would be if there was new material information available to the public that had not been available on 23 June: and that, if it had been available then, might have caused a significant number of people to vote differently.  The obvious kind of new relevant information would be knowledge of the terms on which the UK would be required to leave the EU and in particular the terms of the UK’s future relations with the EU as imposed on us by the rest of the Union – especially those concerning our future membership of the single market or access to it, and those concerning the freedom of movement of people.  There is a powerful case for asking the people of the country to choose whether to accept or to reject those terms before a final decision is taken to go ahead on the basis of them.

A series of questions arise from this hypothesis.  Is triggering Article 50 of the Lisbon treaty irrevocable? — or could our notification under it be revoked following a rejection of the terms negotiated under it by the British people?  If it’s irrevocable, could we collect enough information about the EU’s bottom line in informal discussions with our EU partners and the EU institutions (as expressly envisaged in an official document of the European parliament)  before we trigger Article 50?  The rEU will certainly lose no time in agreeing among themselves and with the Commission and other EU bodies on their negotiating position and their red lines.  It’s hard to believe that none of this will leak or that we shall not be able to lay hands on the key documents with a little help from our friends, before we pull the Article 50 trigger. This should form the basis for a consultation with the people by means of a general election, in which the Conservative and Labour (and other parties’) manifestos would promise to reject the terms on offer and not to notify the EU of an intention to leave it if a majority of the votes were cast for parties taking that position.  Whatever promises are being made now to act “as instructed by the people” on 23 June, the terms on offer are likely to be so harsh and unpalatable that they will defensibly justify a change of mind by reasonable parties and people, including many who voted to leave on 23 June.

We need urgent answers to both those questions before our ship goes down.  And we can’t afford to wait for those answers until we have a new prime minister some time in September or October.  This all needs to be argued out in the open and soon.  The rest of the EU needs to be persuaded that it’s in Europe’s interests as well as Britain’s to allow us to remain in the Union, provided that that outcome has the clear endorsement of a majority of the UK people:  and that accordingly it is not in anyone’s interests to deny us the opportunity to put the inevitable terms of our exit and future relations to a further consultation with the British people before any irrevocable decision is taken to drive us out.