Labour, the SNP, and who forms a government?

It’s a challenge to believe it, but according to reliable reports Jim Murphy, the leader of the Scottish Labour party, has been claiming that whichever of the two main UK parties wins the most seats in the election on 7 May will be entitled to form a government. This is constitutionally quite wrong: it’s the party that can win a vote of confidence in the new House of Commons, if necessary with the support of other parties, whose leader is entitled to become prime minister. But Mr Murphy goes even further in error: according to the Guardian‘s report of 7 April,

“Murphy also indicated that Labour would resist pressure to vote down the Tories if David Cameron’s party became the largest in parliament.  Murphy told Sturgeon the last time the losing party had formed a minority government was in 1924.”  [My emphasis — BLB]

What?!  Is Jim Murphy seriously asserting that if the Conservatives win a few more seats than Labour in May, but the anti-Tory centre-left parties (Labour, SNP, Plaid Cymru, the Greens and maybe some LibDems and others) together command a majority in the new House, Labour would “resist pressure to vote down the Tories” and allow Cameron to form another government, even though there was a majority in the House of Commons ready to support a Labour government under Miliband? This scenario surely beggars belief: Cameron forms a government, presents an anodyne Queen’s speech which is either approved (Labour MPs abstaining) or rejected (Labour and the other centre-left parties voting against), followed by a vote of confidence in the Cameron government — which Labour MPs, by abstaining, allow to be carried when they have the votes to defeat it! It’s hard to imagine Labour party members and supporters and the other regiments of people all over the country, yearning to be rid of this austerity-obsessed, class-driven, incompetent Tory-led government, placidly acquiescing in such a betrayal of the hopes of millions. Yet according to a politically astute friend living and working permanently in Scotland,

the ‘biggest party forms the government’ lie is the main plank in Scottish Labour’s pitch. It is repeated endlessly on TV and radio (and presumably on the doorstep) every day. That, and the psychotic belief that the SNP are Tories – their first election broadcast featured the SNP’s role in the vote of no confidence that brought down the Callaghan govt., ‘ushering in Thatcher’ (as if she didn’t have to win an election first).

My cry of pain at this heresy and its appalling possible consequences is the lead letter in today’s Guardian (9 April 2015):

“In his Scottish television debate with Nicola Sturgeon (Sturgeon eyes early push for second referendum, 8 April), Jim Murphy reportedly asserted that: 1) “Labour would resist pressure to vote down the Tories if David Cameron’s party became the largest in parliament”; 2) Gordon Brown had been wrong in 2010, having won fewer seats than the Tories, to investigate the possibility of remaining in office with Liberal Democrat support; and 3) Labour “would not need Scottish National party support to win the election or form a government”.

I hope Mr Murphy was wrong on the first count. He was certainly wrong on the second and probably wrong on the third. The right to lead a new government belongs to whichever party leader can win a vote of confidence in the new House of Commons, and he will not necessarily be the leader of the largest party in a hung parliament. By asserting the opposite, Mr Murphy plays into the hands of Lib Dem leaders hellbent on renewing their coalition with the Tories regardless of the consequences for the country.

He is understandably preoccupied with saving a few Labour seats in Scotland from the SNP, but he shouldn’t be allowed to pursue that aim at the expense of Labour’s chances of forming the next government – most likely relying on SNP and other parties’ support in order to do so.

There’s not enough space in a Guardian letter to spell out the full implications of the Murphy heresy. Constitutionally, the only criterion for forming and administering a government is the ability to win a vote of confidence in the House of Commons: being the leader of the biggest party in the House is irrelevant. In the old days of two-party politics, when around 90 per cent of the electorate voted either Labour or Conservative, the two things almost always coincided: the leader of the biggest party was also the man or woman who could win a vote of confidence. Those days are over: in the 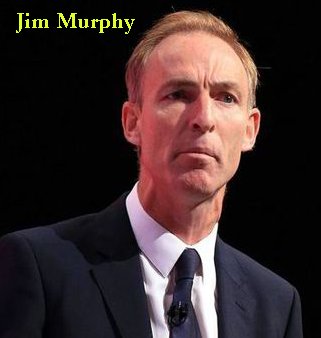 new era of multi-party politics and fractured allegiances, what counts is the ability to assemble a reasonably like-minded group of parties represented in the House and together big enough to command a majority in favour of a vote of confidence. It seems quite likely from current polling figures that the Tories may win a few more seats than Labour but that the group of parties willing to support a minority Labour government may amount to a majority of the whole House, which would make Ed Miliband the prime minister of a minority Labour government.

The rather large fly in this sweet-smelling ointment is the position of the LibDems. They alone of the significant parties refuse, as usual, to say in advance of the election which of Cameron or Miliband they would support as prime minister. It sounds from Nick Clegg’s and Paddy Ashdown’s utterances as if they will again adopt the out-dated and cynically self-serving formula that they will “talk first” to the leader of the largest single party in the new House — not the leader of the party with the greatest support from all parts of the House. Even if LibDem MPs in the new House are reduced to a negligible rump, as some polls suggest may happen, they may still just have the numbers to put either the centre-left pro-Labour group or the centre-right group (Conservatives, UKIP, DUP) over the finishing line with the magic figure, 326 MPs, guaranteeing a majority in a vote of confidence. To the limited extent that LibDem intentions will be determined by which single party has the most seats, and not which multi-party group, Murphy is correct in asserting that every Scottish seat won by the SNP from Labour makes a Conservative government more likely. But that is true only if the LibDems emerge from their night of carnage still holding the balance of power.

Incidentally the Tories and some confused commentators are simply muddying the already murky waters by claiming that the SNP may hold the balance of power and thus be in a position to dictate terms to Ed Miliband and to extort policy concessions from him, for example over Trident: the SNP is already committed to supporting a minority (or indeed majority) Labour government and are in no position to impose conditions on their support, since to withhold it would risk paving the way to another Cameron government, the last thing the SNP can afford to seem to want. No policy bargaining with the SNP is necessary or desirable, at any rate until after a Labour government is safely voted into office. It’s only the LibDems who plausibly hope to be able to auction their support to the highest and most unprincipled bidder, without regard to the consequences for the country and its people. In the few remaining weeks before the election, it should be a prime objective of the Labour leadership to encourage the LibDem rank and file in the country, and the left-of-centre element in the LibDem leadership, to insist publicly before 7 May that they will not tolerate Clegg or his successor as leader using LibDem votes in parliament to enable Mr Cameron to stay on in No 10 Downing Street as prime minister.