Obama’s failings and prospects: a must-read analysis with lessons for Britain

On 3 July New York Magazine (not  to be confused with the New York Times magazine) published an analysis of the challenges threatening President Obama’s re-election which has a huge resonance for us in the UK, as well as creating a stir in the US.  The wonderfully punchy article, by Frank Rich, the celebrated former NY Times commentator, is re-published in today’s UK Observer magazine, although with only a vertical and microscopic acknowledgement to New York Magazine and not reproduced on the Observer magazine website.  Fortunately however it can be read in full, across six web pages, on the NY Magazine’s website, here.  It should be compulsory reading for everyone interested in British and American politics at this time of economic and financial crisis and the threat to both our countries from the resurgent know-nothing right wing.

It’s worth noting that the original article in New York Magazine (of which Rich is now Editor-at-large) is headed “Obama’s Original Sin”, which seems a poor summary of the article’s thrust, while the Observer has seen fit to re-title it “Obama: the betrayal”, which in my view badly misrepresents it.  Rich’s concluding paragraphs give something of the flavour:

“A nation cannot prosper long when it favors only the prosperous,” Obama declared at his inauguration. What he said on that bright January morning is no less true or stirring now. For all his failings since, he is the only one who can make this case. There’s nothing but his own passivity to stop him from doing so—and from shaking up the administration team that, well beyond the halfway-out-the-door Geithner and his Treasury Department, has showered too many favors on the prosperous. This will mean turning on his own cadre of the liberal elite. But it’s essential if he is to call the bluff of a fake man-of-the-people like Romney. To differentiate himself from the discredited Establishment, he will have to mount the fight he has ducked for the past three years.

The alternative is a failure of historic proportions. Those who gamed the economy to near devastation—so much so that the nation turned to an untried young leader in desperation and in hope—would once again inherit the Earth. Unless and until there’s a purging of the crimes that brought our president to his unlikely Inauguration Day, much more in America than the second term of his administration will be at stake. 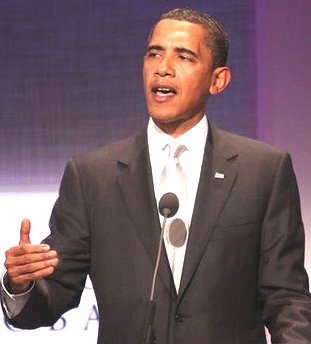 There are of course many significant differences between the problems facing the US and those facing the UK.  One is that the US administration is headed by a liberal Democrat who came to power on a tide of reformist enthusiasm but whose performance in office has disappointed many of the voters who helped to sweep him into the White House, whereas the British government is headed by a Conservative prime minister and chancellor of the exchequer whose positions towards the far right-hand end of the political spectrum are increasingly apparent.  Another major difference is that the President’s ability to carry out the policies he himself favours is gravely circumscribed by a majority in the lower House of the Congress largely composed of economically illiterate and politically irresponsible Republicans, whereas our prime minister’s power to impose whatever policies he likes is virtually unlimited (his junior coalition partner can block him only by committing political suicide, and he has almost total control of parliament).  As a result, potentially disastrous policies are being imposed on both countries by a right wing party in hock to big business and the bankers, fixated on deficit reduction at whatever cost, despite the appalling risk of a second and even deeper recession.  In both countries a desperately needed policy of renewed stimulus by central government to revive aggregate demand in the economy, to tackle unemployment and accelerate growth, is blocked in Washington by ideologically blinded Republicans and rejected in Britain by the governing party in its historic role as the political wing of the City, beholden to the bankers, the company directors and the retired army Majors, most of whom seem to think that Keynes was Milton’s surname and rhymes with beans.  Our situation in the UK is perhaps marginally even worse than that in the US:  until and unless Ed Miliband grows into the role that history demands of him, we don’t even have a Barack Obama, warts and all.