Reactions to a Canadian proposal for a UK Federation

Dear D.I.D.: Here are some reactions to your ideas about a federal system for the UK, as seen from your viewpoint in Canada (itself of course a federation).   I appreciate your kind remarks about this blog and the many interesting ideas and suggestions in your excellent post for a federated UK, many of which I support, while inevitably having reservations about some of the others.

For example, I predict that splitting England into regions, even if only for the purpose of equal representation in the federal upper house, would be fiercely resisted, to the point where any such proposal would probably wreck the federal project for good.  The predominance of England is a reason for equal representation of the four UK nations in the federal Senate, not an obstacle to it.  The object would be to prevent English representatives at the federal level being able to ram legislation through parliament against the opposition of any two of the other UK nations, a necessary safeguard against the domination of the federation by England.  (In the American federal Senate, little Rhode Island has the same number of Senators as California or New York State, for the same reasons.)  Remember that the only legislative subjects that would be affected by this would be the limited range of subjects, such as foreign affairs and defence, that would be assigned under the constitution to the federal level, and that very few of these would directly impinge on the ordinary lives of UK citizens — and that in addition, the powers of the Senate to amend or delay legislation coming to it from the federal House of Commons would anyway be very limited.

Once again I would stress the need to give adequate recognition to the reality that the UK is already a semi-federation, with actively functioning legislatures and governments in three of the four nations, all three with extensive powers.  The parliament at Westminster already functions for much of the time as a federal legislature for the whole UK, just as the Westminster government functions as a federal government most of the time.  It is the absurd and unsustainable paradox that both also have to function simultaneously as the legislature and government of England, with theoretically unlimited powers in England only, that makes it essential to move eventually to a full federal system, including an English parliament and government separate from those at Westminster.

The idea of an English Grand Committee of those House of Commons MPs who have been elected in England acting as a substitute for an English parliament, suggested in an earlier comment on your blog (and official Conservative Party policy!), is a non-starter, for many reasons, not the least of which is that such a ‘parliament’ could not function in a recognisably democratic manner unless accompanied by a separate English government.  It would perpetuate, instead of solving, the existing problem of dual-purpose MPs.  Moreover almost all legislation by the Westminster parliament on behalf of the whole UK inevitably impinges on England’s interests:  how would a conflict between the policies of the English Grand Committee and those of the whole House of Commons be resolved?

Some of the subjects that would normally be allocated to the federal level are already within the competence of the EU, so the new federal government and parliament at Westminster would exercise only very limited functions in respect of them — exactly as is already the case. 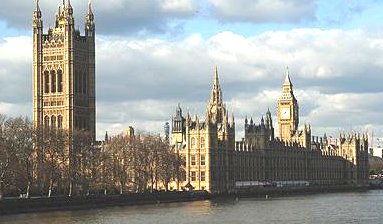 Several of the problems that people raise as objections to a fully federal system already exist — most obviously the massive disparity in population size, area and wealth between England and the other three nations — and are arguments in favour of federalism, not obstacles to it.  A full federal system would provide safeguards against English dominance over the other nations, mainly by giving the four nations full self-government, thus preventing England from interfering in the internal affairs of the other three nations.  At present there are few such safeguards against English dominance apart from those provided by devolution, itself a diluted and still inadequaten form of federalism.

In UK circumstances I envisage that under the constitution the (limited) subjects assigned to the federal level would be listed and defined, whereas everything else (“residual powers”) would rest with the four nations’ parliaments and governments, and these would not need to be specified, apart from a few shared subjects on which the federal organs would prevail in the event of conflict.   Thus almost every kind of law affecting the daily lives of citizens, from education and health to crime and local government, would fall within the competence of the Northern Irish, Welsh, Scottish and English parliaments and governments. The main provisions of the federal constitution would be ‘entrenched’, e.g. amendable only by a special majority (perhaps two-thirds) in the federal parliament and with the approval of two-thirds of the members of each of the parliaments of three out of the four nations.  Some constitutional changes might also need to be approved in a national referendum or in three out of four separate referendums at the four-nations level.

Much of this would need to be worked out during the process of drawing up the detailed federal constitution following, probably, a Royal Commission, a Constitutional Convention, elections to the new English parliament and government, endorsement by the Westminster and all four devolved parliaments, and at least one national referendum.

All this would have to be preceded by a consensus between all the main UK political parties on the ultimate objective of a full federation.  I doubt if this could all be accomplished in less than 20 years.  It’s pointless to get into debates now on the details of the new régime when there isn’t even any sign of agreement among the main parties on a full federation as the long-term objective.  The first and overriding task is to try to create a national consensus in favour of federalism to which all the major parties could sign up, leaving the small print to be settled after exhaustive debate at all the many later stages.  Our present hybrid constitution with all its glaring anomalies (the West Lothian Question being only one of them) is deeply unsatisfactory and almost certainly unsustainable, as the SNP victory in Scotland has demonstrated: we have been warned, although our political leaders seem so far to have ignored the warning.  No other remotely defensible solution to our current constitutional problems has ever been proposed.  It’s really a case now of federate or bust.

Having written in more detail than I originally intended, I am posting a copy of this piece on my own blog as well as submitting it as a comment to your own admirable blog, at http://did101.wordpress.com/2011/06/11/salmond-cameroon-british-constitution/.  Comments in either or both locations will be welcome — except that demands for separate membership of a UK federation for Cornwall may be taken as read, despite it being my favourite English county.