Self-governing Scotland in a federal UK: Linda Colley on the historical context

This is a post-script to my previous post (http://www.barder.com/4101), “Denying the Scots the option most of them legitimately want puts our country’s future in danger“.  The eminent historian and commentator Professor Linda Colley has just published an important book, “Acts of Union and Disunion“, telling the story of changes in the relationships between the constituent nations of the present United Kingdom over the centuries, including the various proposals at different times for a formal federation of the four nations.  These have been supported in one form or another by such powerful former leaders as Churchill and Lloyd George.  It is legitimate to ask why none of our present political leaders apparently has the imagination or courage to espouse such a radical cause.

One of our most distinguished historians, Linda Colley is Shelby M.C.Davis 1958 Professor of History at Princeton and a Fellow of the British Academy. She has previously taught at Cambridge, Yale and LSE. Her earlier books include Wolfson Prize-winning Britons: Forging the Nation 1707-1837; Captives: Britain, Empire and the World, 1600-1850 and The Ordeal of Elizabeth Marsh: A Woman in World History.

The relevance of Professor Colley’s books and talks to the issues arising from next September’s referendum on independence for Scotland is amply demonstrated by the following extract from her fascinating article in today’s Guardian:

One of the notable features of present-day debates on possible Scottish independence has been the lack of imagination and creativity thus far displayed by most of those seeking to make the unionist case. The assumption appears to be that appeals to economic individualism and fostered fears of the unknown will by themselves be sufficient to make Scots hesitate about opting for independence. This strategy may or may not prove effective, but it shortchanges the public, and not just in Scotland. Scots are being offered arguments in support of independence, and warnings against it. Neither they, nor anyone else in the UK, are being provided with alternative visions of what an amended, re-imagined union might conceivably be like, or what it might be for.

This is very different from the quality of debate out of which the Government of Ireland Act of 1914 emerged. The late 19th century saw all sorts of federal solutions being proposed for the UK’s many fault lines, sometimes at a high level. 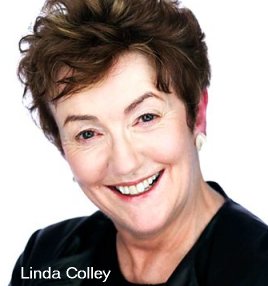 Amen to that!  It’s tempting to wonder whether the professor has been reading my latest blog post on the subject and its many predecessors, all making exactly the same point about “the lack of imagination and creativity thus far displayed by most of those seeking to make the unionist case“, were it not for the fact that Linda Colley has been deploying the same arguments in her books and other writings for many years, and basing them on her encyclopaedic knowledge of the history of constitutional relations between the constituent parts of the British Isles – a knowledge not, alas, shared by the present blogger.  I shall try to remedy at least a part of my regrettable ignorance of that history by ordering  and reading “Acts of Union and Disunion“, and by recording and listening to Professor Colley’s Radio 4 talks, starting this afternoon.  I urge readers of this blog post to do the same.