The abortion debate: viability of the foetus is irrelevant

It's astonishing that the politicians, assorted moralists, parsons and media gurus are once again rushing onto the airwaves to announce their support for a review of the current law on abortion, on the grounds that scientific advances enabling ever younger foetuses to survive outside the womb may require a reduction in the number of weeks of pregnancy during which abortion should be permitted.  For a lucid and persuasive demolition of this extraordinarily widespread misconception (no pun intended), you need to go no further than to this post on Owen's blog, including his answers to comments there.

It's especially desirable to expose, as Owen does, the hypocrisy of those (such as some 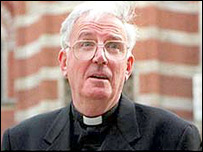 Roman Catholics and others whose views on this topic are religiously determined) who exploit the argument about viability in order to promote a reduction in the period of a pregnancy during which abortion is permitted, when their real intention is to whittle that period down to the point where abortion is never permitted at all.  Such people don't really believe in the argument from viability, not for the logical and ethical reasons set out by Owen, but because they are actually opposed to abortion at any stage, regardless of viability.  That is a perfectly tenable position to take, although for some of us, both religious and pagan, it entails some unsavoury and unacceptable consequences.  But those who hold that view should have the honesty to come clean with it, and not pretend to believe that viability is a valid criterion.