The dreadful murder of a very special person and outstanding Labour MP, Jo Cox, yesterday has inevitably overshadowed a much lesser event on any reckoning, but still one of some significance.  This is the result of the Tooting by-election, won for Labour by Dr Rosena Allin-Khan who more than doubled her popular predecessor’s majority at last year’s general election with a handsome 56 per cent of the votes cast, on a reasonably respectable turnout (42.5 per cent).  J and I live and vote in the Tooting constituency so Dr Allin-Khan is now our MP. 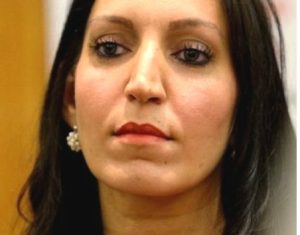 The by-election was brought about by the election of the previous Tooting MP, Sadiq Khan, to be Mayor of London, the first practising Muslim to be elected Mayor of a major western capital city.  Rosena Allin-Khan, a doctor at our huge local NHS hospital, has been a Labour councillor on Wandsworth local council for some years. Her origins include both Asian Muslim and Polish ancestry, especially appropriate for a multi-cultural multi-ethnic London constituency.

The news of the murder of Jo Cox probably came in too late to influence many of the votes in the by-election although it may possibly have brought Labour some additional sympathy votes, especially since the Labour candidate in Tooting was also a woman. But this can’t have been a big enough factor to affect the decisive result.

The Jo Cox murder did however severely and inevitably dampen any idea of Labour celebration of Dr Allin-Khan’s success. Dr Rosena didn’t give the traditional victory speech when the results were announced at the declaration of the election result, instead just paying a graceful and heart-felt tribute to Jo Cox.  There was no Labour victory party after the declaration.  The local Labour party had mounted an extremely impressive campaign, using hundreds of volunteers for extensive doorstep and telephone canvassing, leafleting, street corner stalls, and the rest.  It’s a little sad for them, and especially for Rosena, that the reward for their hard work and the emergence onto the political stage of an extremely promising new Labour MP have been largely overlooked by the news media, understandably preoccupied by the Jo Cox tragedy.

It is already being claimed in some quarters that the Labour by-election victory in Tooting demonstrates that Jeremy Corbyn’s controversial leadership is not electorally toxic, contrary to the predictions of Mr Corbyn’s many critics inside and outside the party.  But to the best of my knowledge as a local resident, Mr Corbyn didn’t visit Tooting to support Dr Allin-Khan during her campaign and her campaign literature included neither any mention nor any pictures of Mr Corbyn.  So any assessment of the effect of the Corbyn phenomenon on the Tooting by-election result is bound to be largely conjectural. But it’s certainly the case that Corbyn’s election as Labour leader has not had the catastrophic effect on Labour’s electoral fortunes that some, including me, have expected and forecast.  How Labour under Jeremy Corbyn will, or would, fare at a general election remains an open question, as does the likely effect of the Corbyn leadership on next Thursday’s EU referendum.  The pundits apparently expect Scotland, London and perhaps some other cities to vote strongly to remain in the EU while there’s mounting evidence that opinion among the lower social grades elsewhere in England and Wales will vote overwhelmingly for Brexit.  The Tooting result seems unlikely to have any material effect on this, apart perhaps from encouraging the Remain camp.

The full results of the Tooting by-election are available on the BBC News website, here.