The US election prospects: an outsider’s view on e-day minus 8

J and I have been here in New York for only a few days but we have been watching a lot of local television, ringing the changes on the news channels, including the dire Fox News, as well as talking to various New Yorkers, and our impression, FWIW, is that Hillary is in serious trouble and it’s getting worse, although at the time of writing the odds probably still favour her over Trump.

The problems (plural) of the Hillary emails may seem trivial in the UK but they ring a lot of bells over here.  There are apparently three worries: first, the fact that she used an insecure private server for numerous official emails while Secretary of State, suggesting fecklessness over security, and then made matters worse by deleting tens of thousands of them when her security breach became public knowledge (some time ago);  secondly, Wikileaks has released emails exchanged by Hillary’s staffers expressing views that are seriously critical of her judgement and her capacity for taking decisions, and also possibly implying that contributions to the Clinton Foundation may have been used to fund Hillary’s campaign – only allegations, and if true perhaps down to carelessness rather than crookedness; and, thirdly, allegations about Anthony Weiner and his compulsive ‘sexting’ (emailing pictures of his genitals, perhaps to an under-age girl among others) linking him to his former wife, Huba Abedin, recently separated from Weiner but a close long-time confidante of Hillary, although how Hillary can be blamed for any of that is obscure.  The trouble is that the steady drum-beat of “crooked Hillary” from Trump, his promise to appoint a Special Prosecutor to investigate her affairs if he’s elected President and to get her sent to jail, and the chants of “Lock her up” at Trump’s rallies, all combine to make all these charges and allegations seem vaguely credible and terribly damaging.  The (registered Republican) head of the FBI has sprayed petrol on the fire by claiming to have relevant information which he refuses to publish but which (incredibly)he’s said to have circulated to selected Republican Congressmen/women. Hillary has repeatedly challenged him to publish everything he claims to have.  It seems in fact to have been sent to all the chairs of Congressional committees, both Republicans and Democrats, but the majority are by definition Republicans.

On top of all this, the Weiner affair makes one wonder about Hillary’s wisdom in employing Huba Abedin, ex- wife of the disgraced Anthony Weiner, in such an intimate capacity. It seems that Hillary doesn’t like reading emails in small print, so they were sent to be printed out on the computer Huba shared with Weiner.  Older folk will remember Hillary’s early image problem with her bottle-thick spectacles before she took to contact lenses. 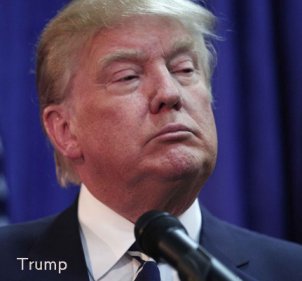 An important factor, one that’s perhaps hard to grasp from overseas, is that many of Trump’s policy pledges and even his xenophobic and misogynistic and racist remarks sound outlandish, abhorrent, and patently unacceptable to UK and other European ears, but to millions of Americans, especially American men and especially American white men, they sound refreshingly honest and courageous, apparently legitimating the obnoxious attitudes and views of all too many of them.  So increasingly they see the contest as being between a crooked old woman, and a hated Clinton to boot, who ought to be in jail, versus this virile bruiser who has the guts to say it like it is and who knows how to make America great again.  University-educated liberals on the east and west coasts see it just as liberal graduates in London and Paris and Copenhagen and Canberra do, but there are nothing like enough of them to elect a President.  Many of the rest hate Obama because he’s black, and Hillary because she’s a woman.

The polls probably tend to under-estimate Trump’s support among first-time voters, whose telephone numbers are not on the pollsters’ databases. I suspect there is also a shame factor:  many people are ashamed to admit to pollsters that they intend to vote for Trump (cf the UKIP and Brexit votes in the UK).  And there’s the well-known tendency to vote for the candidate who you think is going to win – and Trump is steadily closing the gap on Hillary.  She’s on the ropes over the emails (the details of which hardly matter) and he’s raging and roaring on the attack.  The tracking poll had Hillary just one point ahead on Sunday morning. A few days ago she was 12 points ahead with talk of a landslide and hopes of Democratic control of the Senate and even possibly the House.  Trump regained ground as Republicans began to ‘come home’.  Hillary slipped to five points ahead before the FBI bombshell.  Add to this Trump’s skill in getting a huge amount of media time and attention without paying for it – every time you turn on the television he’s there on the screen, fulminating and threatening –  and it all creates the growing impression of a Trump bandwagon.

However, as electoral pundits such as John King of CNN have repeatedly pointed out, the public vote is not the decisive factor.  It is the Electoral College that elects the President and whatever the ‘points’ show, it is the number of electoral college electors, state by state, who decide:  and Hillary probably still has close to the required 272 electoral college votes in reliably Democratic states, if anything can be called reliable in these uncertain times.  Citizens’ votes are filtered by the electoral college just as the votes cast by the citizens (or subjects, as we are pointedly called in the UK) are filtered by constituencies when it comes to choosing a British government and prime minister. All but two of the American States’ electoral college electors vote on a ‘winner takes all’ basis, so coming a close second is no more useful than losing by a country mile.  (The trouble with Brexit from our British ‘Remain’ point of view was that it was a nationwide referendum with no filter, unlike an election.)

It all strikes me as extremely scary.  But in spite of everything that is going so badly wrong for Hillary with a mere eight days to go, she’s still the favourite to win – just.