You’d think we hadn’t noticed, years ago, that scruple-free muck-raking newspapers eavesdrop on phone conversations (forgotten Squidgygate already?),  or that squalid media organisations bribe the police for information, or that cowardly politicians of left and right cringe in terror of Rupert Murdoch.  Reading this week’s newspapers and watching television, you’d think from their excited, all-consuming obsession with these questions that such unsavoury truths had only last week been exposed by a fearless press.

Meanwhile, serious crises are erupting in the real world out there, almost unnoticed by our media in their preoccupation with the examination of their own and the politicians’ navels.  The giant US economy’s recovery is stalling, with almost no progress in reducing the fearsome level of unemployment, while reactionary Republicans in the Congress, demanding yet more growth-stifling cuts in public services, block the belated efforts of Obama and the Democrats to try once again to stimulate demand and resuscitate the recovery on which Americans and much of the rest of the world depend.  In another part of the forest, the European Central Bank and the national leaders of the Eurozone countries squabble over how best to disguise the reality that Greece is on the point of defaulting on its mammoth debt, hampered in its efforts to avoid default by the imposition on its ordinary people of extreme measures of austerity, punishment for crimes committed mainly by others.  Western economies are the submissive slaves of unaccountable ratings agencies, run by and committed to the interests of the bankers, whose actions and threats of actions to downgrade the credit ratings of sovereign governments determine whether those governments can afford to borrow to keep their economies afloat.  Now Italy, with the third biggest economy in the EU, teeters on the brink of insolvency, with the cost of further essential borrowing soaring as bond yields are driven up by the ratings agencies, and a debt mountain too big, according to the FT, to permit an EU bail-out of the kind that might yet rescue Greece, Ireland and Portugal from collapse.  (The chief contribution to a resolution of this crisis made by the Italian prime minister, Signor Berlusconi, is apparently to try, unsuccessfully, to insert in the budget a provision that would protect the profits of one of his own companies.)

There’s additional bad news.  When the EU’s overall recovery from recession is threatened by the spreading contagion of sovereign defaults, with private sector demand failing disastrously to replace the collapse of demand generated by the public sector (precipitated by swingeing cuts in public borrowing and spending), the ECB’s response is actually to raise interest rates, thus further throttling overall demand, as if the main threat to EU economies was inflation caused by excess demand and excessive wage rises when the precise opposite is the case.

If all these impending calamities – the end of the US, Greek and Italian  governments’ ability to borrow so as to sustain even minimal levels of demand and economic activity – materialise, perhaps almost simultaneously and within a few weeks, we may see the collapse of the Eurozone, a threat to the future of the EU, and a world banking crisis that will dwarf that of 2008.  Worse still, western governments no longer have the resources to save the world banking system in the way they were able to do in 2008, thanks in large part to the economic and political skills of Gordon Brown (remember him?).  Which of our leaders has begun to prepare us for the day when the shops will no longer accept credit cards or cheques, satisfied only by cash, and when cash is no longer available from the bank counter or the hole in the wall?

On the domestic front, a brilliantly led separatist party wins an overall majority in the latest election to the Scottish parliament, and promises a referendum on Scottish secession from the United Kingdom within the next three to four years.  Not one all-UK political party has come up with any proposals for saving our country from disintegration, perhaps within the lifetime of the present semi-federal parliament at Westminster.  The UK’s own economy shows little sign of vigorous recovery in demand and spending that would lead to renewed investment and economic activity, or revival in availability of jobs, almost certainly the only sure path to recovery from recession and steady reduction in the budget deficit.  Instead, our ideology-driven Tory-led government actually increases VAT, continues to cut benefits for the poorest and most vulnerable,  and stands idly by while the bankers and financiers cheerfully resume the bad practices which brought us to the verge of ruin – grotesque salaries and bonuses, dodgy loans, bad debts bundled up in opaque derivatives that are then sold on in a steadily expanding bubble.  Banks saved from collapse by taxpayers’ money and by inescapable public borrowing are being sold back to the private sector as if nothing had happened that might call for reform.  Libraries, theatre companies and orchestras, Sure Start, the NHS and state education – all are being laid waste by the most doctrinaire and reactionary government in living memory, under cover of the need to cut the deficit in a wholly unrealistic time-frame.  Macmillan, Butler, Home, Heath, even Churchill must be revolving in their graves like gyros. 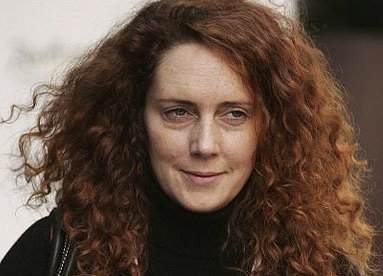 Yet amid the doom and gloom, all we read about or view in the media is acres and hours of excited, obsessive debate about whether Rebekah Brooks knew or should have known about industrial-scale phone hacking by her minions and if so whether she should resign:  whether the mighty powers of Mr Murdoch snr. have really been definitively skewered beyond recovery; who authorised News Corp’s massive payments to its hacking victims to keep them quiet; and which coppers pocketed equally large sums of Murdoch devil’s gold in return for illicit information.  None of these questions is unimportant.  All of them deserve and need scrutiny and remedial action – especially the corruption of our politics by the self-serving, blackmailing, bullying and favour-dispensing culture of the Murdoch empire and its politician toadies.  Better late than never!

But we deceive ourselves if we think that all this is going to change overnight, just because of the popular revulsion at the discovery that a nasty newspaper hacked into poor murdered Milly Dowler’s mobile.  There’s too much mutual interest in the relationship between politicians and the media moguls for it ever to be wholly free from corruption.  The impossibility and undesirability of the state assuming direct control over the media in an even partially free democracy preclude completely effective prevention of media excess and misbehaviour in pursuit of advertising, circulation, profit and power, the price we pay for “a free press”.  Even the Sun is better than the old Pravda.  The prurient appetite of a sizeable number of our fellow-citizens for celebrity gossip and dirt, for information about the sex-lives of the famous, the infamous and the insignificant, will always be fed by those who see profit and power in feeding it.  Old Mr Murdoch will be succeeded by equally unsavoury young Mr Murdochs and their strange, dead-eyed favourites.

As the judge-led, police, and other inquiries drag on and economic crises remorselessly succeed one another, how much of today’s attention to the details of phone hacking and the News of the World will survive in, say, a year’s time?  The brutal closure of the News of the Screws will doubtless achieve its main purpose, namely preventing the police and the judges from digging up too many five-year-old skeletons in the NewsCorp garden.  The inquiries will be denounced for failing to come up with definitive durable solutions to inherently insoluble problems.  Far more ordinary people’s lives will be far more directly affected by continuing or rising unemployment, ejection from their homes, and the steady erosion of their living standards, perhaps even by the collapse of the banking system and the disintegration of the United Kingdom,  than by the disappearance of a squalid scandal sheet from the newsagents on Sundays.  Of course the phone hacking affair raises important questions that require attention and action.  But let’s try to preserve some sense of proportion.  Far more important and threatening things are going on in the world around us than the future of  Rebekah Brooks’s job.