Who is this ‘strong thinker in terms of right and wrong’?

…had a tendency to think in terms of right and wrong, instead of terms of legal and illegal.  Because he thought that his motives were always good for the things that he wanted to do, he found difficulty in thinking that there could be legal limitations on them.  [He] was not a legalistic-minded person.  He was not an economic-minded person.  He was a strong thinker in terms of right and wrong, for which he frequently went back to quotations from the Scriptures. Certain things just were not right in his view’.

Does that ring a bell?  Wrong.  It was about Franklin Delano Roosevelt, from the memoir of 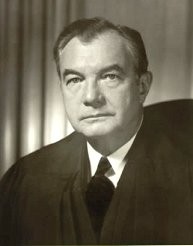 Roosevelt, ‘That Man’, the last paragraph of Chapter 4  (‘That Man as Lawyer’), OUP 2003,  by Robert H Jackson.  Jackson was United States Chief Prosecutor at the Nuremburg Trials, Attorney General of the United States, and a Supreme Court Justice.   In 1953 he began to write a portrait of FDR which was still unfinished when he died in 1954.  The manuscript was discovered and edited by John Q Barrett, a law professor at St John’s University in New York.  Barrett also incorporated excerpts from transcripts of oral history interviews Jackson gave to Dr Phillips of the Columbia University Oral History programme.  The transcripts had been edited by Jackson, and were finished just eight days before his death.

There’s a different contemporary resonance in a description of the last dinner Jackson attended with the President on 17 March 1945[1], St Patrick’s Day and the Roosevelts’ 40th wedding anniversary.  After dinner there was a movie show, including home movies of the visit to Yalta and theYalta Conference, taken by members of his own family and staff:

Then, too, there were movies of the entire reception of King Ibn Saud, the King of Egypt, Haile Selassie of Abyssinia and the Oriental potentates.  The President told us a good deal about Ibn Saud and his forty-five sons, and apparently found him an intensely interesting character.  He commented on the fact that he was not allowed to have any cocktails or smoke while the King was aboard his ship and he was for four hours without a cigarette.  This was out of deference to Ibn Saud as head of the Mohammedan Church [sic].  Also no women were allowed aboard the ship while the King was there.  Accordingly women members of the family were taken off for the occasion. (‘That Man as Companion and Sportsman‘, p. 153)

Hat-tip to my wife, voracious reader, who spotted these splendid pieces.