Why Labour should be talking now to the SNP, LibDems, etc., in spite of everything

Labour could come second to the Conservatives at the elections in May in another hung parliament and still be able to form the government. That sounds impossible: but it could happen.

So here’s a possible and not improbable scenario. The election produces a hung parliament: i.e. no single party has an overall majority.. The Tories win a few more seats than Labour and claim that this entitles David Cameron to remain in No. 10 Downing Street and the Conservatives to form a new government, alone or in another coalition. However even with the support of UKIP, some LibDems, and some Northern Ireland MPs, the Tories might still be unsure of a majority. Labour, by contrast, could probably claim a clear majority in parliament if it has even qualified, conditional support from all the left-of-centre parties: the SNP, most LibDems, Plaid Cymru, the Greens and some from Northern Ireland. If he can demonstrate this, Ed Miliband is entitled to be invited to form a government and submit it to the House of Commons for approval in a vote of confidence.

The key issue therefore may be whether immediately after the votes have been counted Miliband can demonstrate, citing evidence, that he can form a government that will command the confidence of the House. But this will be almost impossible if Labour has done nothing to establish the intentions of the progressive parties before the election. If the positions of the progressives are still unclear after polling day, it will surely be too late for Labour to demonstrate its ability to muster majority support for a minority Labour government — especially if it has won fewer seats than the Conservatives. The consequence will then be five more harsh years of Tory misrule, with continuing LibDem and now UKIP support. 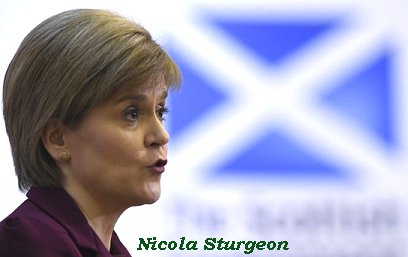 The alternative, however unpalatable to many good Labour people, is for Labour now to talk informally to the other progressive parties (including especially the SNP and the left-leaning LibDems) with a view to agreeing a list of specific measures that a Labour government (whether a majority or a minority government) would introduce and that the other progressive parties would support. The objective would be a loose understanding (well short of a coalition) that if a Labour government presented,  both before and after the election, a broadly and partially agreed programme for government,  the other progressives would agree to support it in votes of confidence and in budget votes (“confidence and supply”) to enable Labour to govern, even though some of them would be unable to promise support for other measures in Labour’s manifesto.

The usual objections to this scenario are (1) that it would seem defeatist for Labour to assume that it will fail to win an overall majority, (2) that it would encourage floating voters to vote for the SNP and other smaller progressive parties rather than for Labour, and (3) that the price for such support which the SNP would demand — scrapping Trident, exorbitant further devolution of powers to Scotland, etc. — would be too extreme for Labour to pay it. None of these objections holds water. Even if Labour does win an overall majority, it’s likely to be a dangerously slim one, and the conditional support of the other progressive parties will still be almost essential: certainly valuable. As Andrew Rawnsley convincingly demonstrates in today’s Observer,  every vote for the SNP at Labour’s expense risks depriving Labour of enough seats to be able to claim the right to form a government in a hung parliament: every SNP seat won from Labour makes continued Tory or Tory-led government more likely, and a minority Labour government with SNP support more unattainable, something to be rammed home on every opportunity. As for the SNP’s likely price for its support, Labour can safely reject unreasonable or politically unacceptable demands, since the SNP will have nowhere else to go. If it withholds support from a minority Labour government and thereby brings it down, the likeliest consequence will be a further term of Tory-led government — for which the SNP will be held responsible. (Even if, as Rawnsley implausibly suggests, this is what the SNP leadership secretly wants, because it would bring Scottish independence nearer, it’s hardly what the SNP rank and file want or would tolerate.)

So Labour should talk now to the other progressives with the aim of identifying enough common ground for them to promise qualified support to a Labour government after 7 May — whether Labour has an outright majority in the House of Commons, or whether Labour has the most seats but not a majority, or even if the Tories have won marginally more seats than Labour.  It’s a no brainer.