Abu Qatada: what Yvette Cooper should be saying, but isn’t 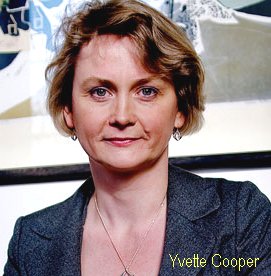 The European Court of Human Rights is preventing Britain from deporting the radical Moslem preacher, Abu Qatada, to his native Jordan on the grounds that he would not get a fair trial there if, as is likely, much of the evidence against him would have been obtained by torture. Instead of joining the clamour for the public to be protected by ever more draconian and illiberal measures from the threat posed by this pantomime villain, Yvette Cooper, Labour’s shadow Home Secretary, would be better advised to attack the coalition government from a liberal and enlightened position, perhaps using the following script:

“The Home Secretary, Theresa May, and her illiberal right-wing supporters in this House, should be ashamed of themselves for their reckless and populist attacks, not only on the European Court of Human Rights for preventing the government from deporting Abu Qatada to be tried in Jordan and probably convicted there on evidence likely to be tainted by torture, but also for attacking our own judge, the chairman of the Special Immigration Appeals Commission (SIAC), who has rightly ordered that Abu Qatada should be released on bail, subject to extremely stringent conditions, since he clearly cannot and should not be kept indefinitely behind bars any longer when apparently — and inexplicably — our police and prosecuting authorities can’t find any evidence on which to charge and try him, and under the ruling of the European Court, there’s no prospect that we shall be able to deport him any time soon.

“It is a sad reflection on British justice that we have kept this man in prison in England for a total of 8-1/2 years — the equivalent of a 17 year prison sentence — without having charged him with any offence, still less having put him on trial. Half a dozen countries around the world reckon that they have enough evidence to put him on trial, if they can get their hands on him. Apparently we are the only one that can’t. One of our oldest and most jealously guarded liberties is the right not to be deprived of our liberty except after a fair trial by our peers. How can the Home Secretary demand that this individual, however evil he might be, should be kept in prison even longer when we aren’t prepared to charge or try him, and we can’t legally deport him? Does Mrs May want to sentence him to another eight or nine years behind bars when he is entitled to the presumption of innocence until a court of law convicts him of an offence?  If we can’t put him on trial and we can’t deport him, he is absolutely entitled to his liberty. Once he is free, he can be subjected to intense surveillance by the police and the security services, so that the moment he steps out of line the evidence will be there for him to be tried, convicted and given an appropriate sentence, not by a government minister, not by the bellowing colonels on the back benches opposite, and not by the tabloids, but by an impartial judge. 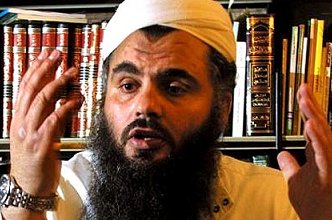 “The Home Secretary says ‘it is simply not acceptable that Britain cannot deport a radical Moslem cleric who poses a serious risk to our national security.’ Does Mrs May not understand the basis on which the European court has ruled that to deport Abu Qatada to Jordan where he is unlikely to get a fair trial would be a breach of his fundamental human rights, as defined in the European Declaration of Human Rights to which this country has subscribed, in accordance with the ruling of a European court whose jurisdiction we have accepted? Does the Home Secretary, of all government ministers, not subscribe to the rule of law? If she can’t grasp the importance of respecting the legal rights of everyone in this country, however vile they might be, perhaps she should have a talk with her colleague, the attorney general, who understands these things so much better.  (I hope I won’t get him into trouble by saying that.)

“The government says it is considering the possibility of an appeal against the decision of the European court, presumably welcoming the likelihood of further humiliation. It is also continuing to pursue the possibility of deporting Abu Qatada to Jordan. I suppose they hope to extract from the Jordanian government a document that will say: ‘Normally we do like to torture a few witnesses in terrorism cases to make sure they will give the evidence we want, but since you have asked us to make sure that we don’t use torture to convict Abu Qatada, we will do what we can to comply, although we aren’t sure that we have total control of our prosecutors, who do seem to have potentially controversial ways of making people talk. We have deliberately qualified this promise a little, because we are not really that keen to have this man back in Jordan: we would much sooner he was kept in Britain for another decade or so. After all, he’s your problem, not ours.’

“The Home Secretary and some of the retired colonels on the benches behind her have lost no time in seeking to exploit the case of Abu Qatada in support of their campaign against the European court of human rights, a body which Britain took a leading part in establishing and whose decisions we are  bound to respect and obey as a treaty obligation under international law. The Prime Minister is taking  the lead in accusing the court of interfering in the rights of national governments and parliaments to make their own policies and carry them out. Sir Nicolas Bratza, the distinguished British judge, appointed by Britain to represent us on the European court and currently the president of the court, has taken the unusual step of publicly reprimanding our Prime Minister for misrepresenting what the court does and for failing to understand its history and role. Yet again the Prime Minister brings Britain into disrepute. Predictably, the right-wing tabloids and other chauvinistic voices have set up a clamour about the ruling of the European court and the decision of our own British SIAC that Abu Qatada must be released on bail. Do the Prime Minister and the Home Secretary do their duty by defending the role and decisions of the judges against ignorant, prejudiced criticism, and pledge to act in accordance with the law, however unpalatable its requirements might be? On the contrary: they join in the clamour, ensuring by their example that it becomes yet more subversive of the rule of law, more disrespectful of Britain’s international and domestic obligations, more shrill.

“Those of us who served in the New Labour governments of Tony Blair and Gordon Brown are justifiably proud of their many achievements. But as Ed Miliband said in his speech to the Labour Party conference immediately after his election as party leader, Labour’s attitude in office too often seemed casual about British liberties. Too often we sponsored legislation to enable us to imprison without trial people who had not been convicted of any offence, but who were thought likely to commit an offence if they were left at liberty. People given Indeterminate Sentences for Public Protection (IPPs) are still behind bars in punitive conditions after having served the punishment part of their sentences, sometimes years ago. They go on being punished, no longer for what they have done, but for crimes that someone thinks they might possibly commit if they are let out of jail. Other people have been placed under control orders which make it impossible for them to lead ordinary lives, earn their living and socialise with their friends, deprived of most of their liberty without ever having been  charged or convicted of breaking the law. The present government, to its credit, has abolished control orders, but it has replaced them by something very similar – T-PIMs, control orders lite. The Justice Secretary, Ken Clarke, also to his credit, is taking steps to abolish IPPs — but introducing new mandatory prison sentences which eat into the discretion of the judges.  Now the Home Secretary and her supporters are damning the  Special Immigration Appeals Commission for ordering the release of Abu Qatada on bail conditions similar to those imposed by the old control orders, not because these are too severe but because they think Abu Qatada should not be let out at all but should be kept in prison indefinitely, even if this would be against the law.

“When the coalition government was formed, we were promised that its junior partners, the Liberal Democrats, would be able to restrain the authoritarian and illiberal tendencies which are the traditional mark of the Conservative Party. Yet the voice of the LibDem members of the coalition is silent while the Prime Minister and the Home Secretary flout and vilify every principle of a civilised society which respects the rule of law. I have to confess that until now what should be the liberal voice of the historic values of the Labour Party on the opposition front bench on our fundamental human rights and liberties has also been either muffled or silent. I now pledge that this will change.  We should no longer have to rely on the government’s two token small-l liberals, the Secretary of State for Justice and the Attorney General, to uphold our traditional British values. We claim to be a law-abiding people. It’s time we had a law-abiding government.”

Come on, Yvette: you can do it!