Classifying drugs: the Home Secretary and the David Nutt case (with 5 Nov 09 Update)

It’s worth trying to identify some of the confusions that have arisen in the controversy over the action of the normally mild-mannered Home Secretary, Alan Johnson, in dismissing Professor David Nutt from his post as chairman of the Advisory Council on the Misuse of Drugs (ACMD) after the Professor repeated his criticism of the government’s decision to move cannabis into a classification category for more dangerous drugs. The advice from the ACMD has consistently been that on the scientific evidence, cannabis is a much less dangerous drug than alcohol and tobacco, that it should not be in the same category (category B) as significantly more dangerous drugs such as amphetamines and barbiturates, and that it should be in category C. This advice was accepted by David Blunkett when home secretary, and cannabis was duly downgraded to C. As possession of category C drugs was not then an arrestable offence, this resulted in a perceptible decrease in time-wasting and unnecessary drug-related arrests. But the reclassification was (predictably) attacked by the more reactionary tabloids and a cynical Opposition as evidence that the government was ‘soft on drugs’, so ministers hit on the wizard wheeze of making possession of all illegal drugs arrestable, regardless of category, thus negating the main benefit of the decision to reclassify cannabis. However, the classifying of cannabis as a category C drug, because it is demonstrably less dangerous than the category B drugs, continued to rankle with the bone-headed and puritannical, and when Gordon Brown became prime minister, he ordered that cannabis be restored to category B, thus countermanding the considered and often reaffirmed advice of the Advisory Council in general and Professor Nutt in particular.

So much for the background. As usual, the argument is beset by confusions. Here is a representative sample. 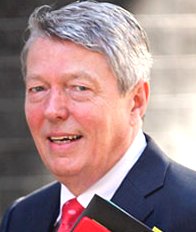 1. The Home Secretary has sacked Professor Nutt on the grounds that he could not be the government’s principal adviser on drugs and simultaneously “campaign” against the government’s drugs policy. But the allegation of impropriety involved in a government ‘adviser’ publicly criticising government policy in the area of his advice seems unsustainable. Professor Nutt is not a civil servant nor even a government employee. The Advisory Council which he chaired until sacked is described in the official home office website as “an independent expert body” (emphasis added); its independence is fatally undermined if all its 30 or so members, all leading experts in the various fields, can’t comment publicly on any aspect of drugs policy unless they adhere to the government’s line, even when they disagree with it. Professor Nutt was a part-time Chair of the Council and unpaid. He should have been free to say what he liked. If he criticised government drug policy, as he did, the government’s response should have been to answer his and the Council’s criticism by setting out publicly its reasons for disagreeing with the advice of the Council and the scientific evidence on which that advice was based.

But the matter in dispute primarily, almost indeed exclusively, concerns the Council’s analysis of scientific factual evidence regarding the potential ill effects of various drugs, and which are more or less harmful than others. Of course this has policy implications, but it’s obviously the case that the Council is better equipped by its expertise in various fields to assemble and analyse the factual evidence of the harm done by different drugs than ministers or their civil servants. If ministers decide to adopt policies which imply a rejection of that expert analysis of facts, as they have done, it’s incumbent on them to explain publicly the basis on which they have rejected it.

3. Alan Johnson observes, also correctly, that there are reputable scientists, some of whom he has named, who disagree with the analysis by his Advisory Council of the evidence regarding the relative harmfulness of cannabis and other drugs. But if ministers are going to cherry-pick which scientific advice they are going to accept, even if it conflicts with the advice of the scientists whom they have picked out to advise them as members of the Advisory Council that they have appointed, there seems little point in having officially selected advisers at all.  By seeking out opinions which contradict the findings of their own officially selected experts, the government lays itself open to the suspicion that it is choosing the advice to fit its pre-determined policies, instead of getting the best available advice and only then formulating policies based on it. Do I hear echoes of the Attorney-General, in the run-up to the attack on Iraq in 2003, casting around for a legal authority willing to devise a legal justification for the attack, when the overwhelming consensus among international law specialists (including the Foreign Office’s own legal advisers) was that any attack without UN authority would be illegal?

4. Johnson and his supporters (including, for example, the irrepressible Ann Widdecombe in today’s Guardian) argue that the decision on which category to put cannabis in should take into account other factors besides the question of how much harm cannabis use is liable to cause relative to other drugs in categories B and C, the issue on which the Advisory Council has provided its evidence. The other factors, ministers argue, should include a judgement on the “message” that leaving cannabis in a low-risk category sends to the public, and especially to vulnerable young people open to the temptation to use illegal drugs. Johnson argues either that the message which the downgrading of cannabis sends out is not a matter on which the Council is any better equipped to express a view than politiciaans, or alternatively that it’s outside the Council’s competence; and in either case, that the Council has failed to take this factor into account. But this is a self-defeating argument. It’s generally known that the main criterion for placing a drug in a particular category is how harmful its use is likely to be; if the bulk of the scientific evidence is that cannabis should be in the category of least harmful drugs, then that’s where it should be. Of course that will be interpreted as “sending a message” that cannabis is less harmful than most other drugs. But it’s the fact that cannabis is less harmful that sends the message, not placing it in category C. It seems that Johnson (and Gordon Brown) don’t believe that we, the citizens, can be trusted with the truth about cannabis, and that for our own safety, so that we shall not be led into temptation, they try to deceive us into thinking that cannabis is more dangerous than in fact it is. This is plainly indefensible.

5. Underlying all this is the uncomfortable truth that the overall policy on drugs, Prohibition, is a disastrous failure. The attempt to stamp out the supply, possession and use of cannabis, cocaine and heroin has been almost wholly counter-productive. There has been a relentless rise in supply, possession and use. Convictions for cannabis possession in 1982 numbered 14,856; in 1998, 40,119; nearly 70,000 in 1999; and the rise has continued since then. The position is no better in the US: In the year 2000, 626,042 Americans were arrested for simple possession of cannabis; 872,721 in 2007. Hundreds of thousands of people in both countries are criminalised by their occasional use of recreational drugs, and some of those people’s lives are ruined forever by a criminal conviction and imprisonment;  yet the great majority are unharmed by occasional use of soft drugs, certainly compared with the risk of harm from alcohol and tobacco. Because cannabis is illegal, its users mostly get it from criminal drug peddlars who also supply hard drugs, those whose use is much more risky; so criminalisation much increases the likelihood that some cannabis users will move on to harder drugs at some stage. Prohibition drives up the price of even relatively harmless drugs, thereby also increasing the incidence of drug-related assaults and muggings. Prohibition has much the same ill effects as the ill-fated prohibition of alcohol had in the United States from 1919 to 1933. It does far more harm than good. But any admission that drug prohibition is a failure is strictly taboo for a government which is more frightened of being labelled ‘soft on drugs’ than of continuing an obviously flawed policy of prohibition. It is ultimately this untenable anomaly that has led the current Home Secretary, amiable fellow though he seems to be (except when angrily denouncing Professor Nutt on Sky News, purple in the face with barely rational rage), into the hopeless mess that he now finds himself in.

Those of us who are or have been public servants responsible for formulating policy and giving policy advice to ministers are familiar with the occasional problems that arise over recommendations, factual material and policy advice received from experts. Some is invaluable; some extraordinarily blinkered. Experts are contemptuous of amateurs — officials, politicians — who reject their advice, and who apparently think they know better than the experts in the field. Sometimes you disregard the expert advice because it fails to take account of factors outside the experts’ field, or is obviously politically or otherwise slanted. Sometimes you know that you disregard it at your peril. The Home Secretary and those who advise him should have recognised immediately that the Advisory Council’s advice on the relative harmlessness of cannabis was in the latter category.

Alan Johnson has been a front runner in the undeclared race to succeed Gordon Brown as leader of the Labour Party. Seeing him on television aggressively attacking the dissident Professor, having acted so impetuously to get rid of him, apparently without proper consideration or consultation, obviously having lost his rag, deploying a simplistic defence in a complex controversy, makes one wonder whether this hitherto genial figure is leadership material after all.

Update (5 November 2009): It’s good to see Sir Simon Jenkins, former Editor of The Times, training his formidable guns on this issue in both the London Evening Standard and the Guardian.  Both articles are worth reading in full.  But I was especially struck by this, from Simon Jenkins’s Evening Standard article:

After serving with David Nutt on the 2000 Police Foundation report on the drug laws, I concluded that he knew more about the harm drugs do to the body than everyone in Westminster or Whitehall put together.
I also realised that the public was not silly. It would accept a reform of the law (according to opinion polls) if politicians would give a lead. They would not, not even the wretched Liberal Democrats who flirted with reform in the Nineties.