Europe and the US: the widening gap, Part II (with update of 3 Feb)

In the previous post I argued, with no pleasure at all, that the United States (not only the United States of George W Bush) and the Europe of the EU, including Britain, were and are steadily drifting apart, socially, politically and culturally, and that the European view of America was no longer founded in almost unreserved admiration, as it once was.

which provides strong analytical support for that proposition.  The article is by the American scholar and writer Parag Khanna, Senior Research Fellow and Director of the Global Governance Initiative of the American Strategy Program.  Khanna's labelling of the EU as a new and benign form of empire, expanding by political, social and economic attraction rather than by armed conquest, may be debatable, but what's in a word?  "Empire" will do.

Particularly loud bells are rung by Khanna's passage on the Europeans' view of America:

Europe has its own vision of what world order should look like, which it increasingly pursues whether America likes it or not. The EU is now the most confident economic power in the world, regularly punishing the United States in trade disputes, while its superior commercial and environmental standards have assumed global leadership. Many Europeans view America's way of life as deeply corrupt, built on borrowed money, risky and heartless in its lack of social protections, and ecologically catastrophic. The EU is a far larger humanitarian aid donor than the US, while South America, east Asia and other regions prefer to emulate the "European Dream" than the American variant.

The US and the EU increasingly differ about both the means and ends of power as well. For many Europeans, the US-led war in Iraq validated their view that war is not an instrument of policy but a sign of its failure. The al-Qaida attacks on European soil served to heighten this disdain. It is often said that America and Europe make a strong team because America breaks and Europe fixes, but this cliche has long begun to grate on Europeans, who would rather spread their version of stability before America destabilises countries on its periphery, particularly in the Arab world.

It's almost (but not quite) tempting to wonder whether Mr Khanna had been reading my blog. The whole piece should be made compulsory reading for our quaint, old-fashioned Europhobes and Eurosceptics, with their cramped tunnel vision of the European adventure of which Britain is, happily for us, a part.

Parag Khanna's Hindu family fled from Lahore to Calcutta, presumably a not uncommon event on the subcontinent, to which Parag has returned, writing vividly of his impressions of the experience in Prospect magazine (Sept. 2005).  He's currently an adviser to Barack Obama, who certainly seems to need insights into Europe's view of the US as the Chair of the European subcommittee of the Senate Foreign Affairs Committee who has never called a meeting of it.  Realistic advice on Europe from Mr Khanna would certainly be in order, judging by the following extracts from Obama's famous article in Foreign Affairs, admittedly chosen highly selectively:

Throughout the Middle East, we must harness American power to reinvigorate American diplomacy. Tough-minded diplomacy, backed by the whole range of instruments of American power — political, economic, and military — could bring success even when dealing with long-standing adversaries such as Iran and Syria….  To renew American leadership in the world, we must immediately begin working to revitalize our military. A strong military is, more than anything, necessary to sustain peace… [As President and commander-in-chief,] I will not hesitate to use force, unilaterally if necessary, to protect the American people or our vital interests whenever we are attacked or imminently threatened…  …[T]oday, NATO's challenge in Afghanistan has exposed, as Senator Lugar has put it, "the growing discrepancy between NATO's expanding missions and its lagging capabilities." To close this gap, I will rally our NATO allies to contribute more troops to collective security operations and to invest more in reconstruction and stabilization capabilities.

No doubt any US presidential candidate has to inject generous helpings of machismo into his (or indeed her) speeches and writings, especially those aimed primarily at American audiences and readers.  Nor is the concept of American leadership, including military leadership, by any means exhausted;  we are all in its debt.  I just have a hunch that Parag Khanna would have expressed these sentiments differently.  (I hope it won't now be revealed that Obama's Foreign Affairs article was drafted by Mr. Khanna.)

Parag Khanna is a name to look out for.

Update (3 Feb. 03):  Parag Khanna's Guardian article, discussed above, is even more impressive when read alongside his long essay, published by the New York Times on 27 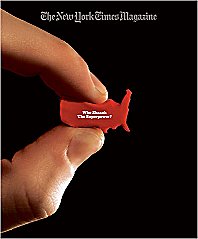 January as the cover story of the magazine and adapted from his forthcoming book, The Second World: Empires and Influence in the New Global Order, to be published in the US in March and in the UK in April.  This represents a survey of global trends and realities in the next decades of the 21st century of breathtaking, Kissingeresque breadth and scope.  Many seemingly disconnected international phenomena, such as the apparent drifting apart of the US and Europe and the significance of the role of the EU in the developing global balance, fall into place as Khanna's analysis unfolds.  The last two of the essay's eight web pages are especially stimulating and suggestive.  The whole thing is probably a little neater than it will prove to be in real life, but the essay is an eye-opener for those of us trying to make sense of the way the world is going, and puts many current issues and problems into a cogent perspective.  That's how it strikes me, anyway;  and if that's how important an eight-page essay appears to be, consider the impact that the book from which it's distilled is likely to make when it comes out in the spring!  Bear in mind, too, that the author is an adviser on international affairs to the man who just might have become the 44th President of the United States in a year from now.  Are others as strongly impressed as I am?

PS If you prefer to read the Khanna essay on a single web page, in smallish print, the full text is available here.