Helena Kennedy: Power to the People!

The so-called Power Commission report (pdf) is well worth reading,   if only to check whether it lives up to that stirring title with its revolutionary ancestry.  ‘Power to the People‘ has been used in a less-than-articulate lyric by John Lennon,  more wittily in the campaign to restore the supply of electricity to California,  the name of a political party (Vlast Narodu) in Moldova, and a slogan of the Black Panthers.  It’s a healthy corrective to the old revolutionary Bolshevik call, ‘All Power to the Soviets‘, which, consciously or unconsciously, it echoes:

The mass of the Petrograd working class was on the streets. So was the mass of the troops of the garrison. And the soldiers, spurred on by attempts to transfer them to the front in support of another bloody and futile offensive, were, if anything, more militant than the workers. The slogans and the banners were entirely Bolshevik in inspiration – “All power to the Soviets”, “Down with the ten capitalist ministers” [only ten? — BLB], “Peace, Bread and Liberty”.
(Duncan Hallas, ‘All Power to the Soviets‘, 1976)

The reforms proposed by Baroness Kennedy are not, unsurprisingly, in quite the same league.  Here are some selected recommendations from the Executive Summary (pdf):

1. A Concordat should be drawn up between Executive and Parliament indicating where key powers lie and providing significant powers of scrutiny and initiation for Parliament.
…
3. Limits should be placed on the power of the whips.
4. Parliament should have greater powers to initiate legislation, to launch public inquiries and to act on public petitions.
5. 70 per cent of the members of the House of Lords should be elected by a ‘responsive electoral system’ – and not on a closed party list system – for three parliamentary terms …candidates should be at least 40 years of age.
6. There should be an unambiguous process of decentralisation of powers from central to local government.
7. A Concordat between central and local government setting out their respective powers.
8. Local government to have enhanced powers to raise taxes and administer its own finances.
9. Government should commission an independent mapping of quangos and other public bodies to clarify and renew lines of accountability between elected and unelected authority.
…
12. A responsive electoral system should be introduced for elections to the House of Commons, House of Lords and Local Councils in England and Wales to replace the firstpast-the-post system.
13. The closed party list system to have no place in modern elections.
…
16. The voting and candidacy age should be reduced to sixteen (with the exception of candidacy for the House of Lords).
17. The introduction of automatic, individual voter registration at age sixteen. This can be done in tandem with the allocation of National Insurance numbers.
…
21. Text voting or email voting should only be considered following other reform of our democratic arrangements.
…
24.  Citizens should be given the right to initiate legislative processes, public inquiries and hearings into public bodies and their senior management.

Some of these proposals obviously deserve serious consideration and debate. I would single out as especially interesting those for ‘Concordats’ between the Executive and Parliament, and between central and local government "setting out their respective powers" — an indication that the Commission was groping its way towards a recognition of the quasi-federal character of the now partly-devolved United Kingdom and the need, as in any federal system, for a written definition of the powers of the various tiers of government and legislative authority (I have spelled out the case for this elsewhere).

It’s just a pity that among so many worth-while suggestions, the Commission has come up with the ridiculous (and therefore headline-grabbing) suggestion that the voting age should be 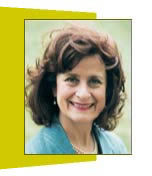 reduced to 16 — and that 16-year-old children should be eligible for election to parliament.  It’s no wonder that this has stolen the thunder of the other, sane, recommendations in the report.  Even the proposal for the introduction of "a responsive electoral system" for the House of commons and other legislative body falls commendably short of trying to force on us Proportional Representation ("Power to the LibDems") with all its malign consequences.

Apart from the intrusive little idiocy of Votes At Sixteen, the report stands up well, especially considering the motley and Politically impeccably Correct character of the composition of the Commission:

Baroness (Helena) Kennedy (barrister, peer, former Chair of Charter88 and the British Council); Ferdinand Mount (head of the Prime Minister’s Policy Unit (1982-4), a director of the Centre for Policy Studies (1984-91), and editor of the Times Literary Supplement (1991-2002)); Emma B (Radio1 presenter),  Paul Boakye (editor of Drum, the UK’s new lifestyle magazine for black men), Phil Carey (Sports Coach on the Sport 4 U project in Hastings, a unique project taking sport onto the streets for young people – "sports halls are replaced by supermarket car parks and other unused urban spaces"), Philip Dodd (until December 2004 Director of the Institute for Contemporary Arts (ICA), co-founder of an agency, ‘Made in China’, which develops projects between Asia, particularly China, and the UK, across the fields of culture, education and business;  Ben Freeman (Finance Director of Prudential Property Investment Managers Ltd (PruPIM), a part of M&G Investments, UK investment arm of Prudential plc, one of the largest property investment managers in the UK;  Barbara Gill (died on 3 November 2005, former Chairman [sic] of the National Federation of Women’s Institutes);  Bano Murtuja (freelance consultant, Blackburn; conducting an equality assessment of social services provision from the perspective of service users; research associate on the Northern Towns Citizens Jury Project that "seeks to develop and promote democratic participation and racial unity through citizens’ juries"; chair of the Black and Minority Ethnic Health and Social Care Forum);  and Frances O’Grady (TUC Deputy General Secretary since January 2003).

As a trivial postscript, I was intrigued by something that Jonathan Freedland wrote about the Power Commission report in the Guardian on 1 March 06:

Take one of the most innovative ideas, recommendation 24, which would give citizens the direct right to initiate legislation or launch a public inquiry. The report envisages a petition acting as the trigger, so long as it included the signatures of 1% of registered electors…  the gains would be tangible: nothing abstract about a new school or the right for the sick to skin up [my emphasis — BLB].

What on earth is meant by the "right for the sick to skin up"?  To die with dignity? To scratch their itches?  Not to be flayed alive?  To enjoy free medical care at the point of delivery?  Is it a misprint, and if so, for what?  If there was ever an excuse for that old cliché about what the imagination does in the face of such a challenge, this is surely it.