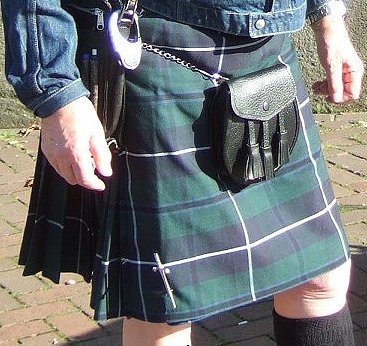 Unless one is a fanatical Scot, it’s impossible to read the whole torrent of comments on the new-found Scottish Question, so selection is unavoidable. Actually, it’s only necessary to read one blog post and two articles from the UK press of recent days: Neal Ascherson in the Observer of 15 January, and Simon Jenkins in the Guardian of the 12th. An Observer sub-editor has tried to put readers off Ascherson’s article by giving it a misleading headline (confusing ‘sovereignty’ with ‘devo max’), but the article itself, as usual with Professor Ascherson, is spot on. Some 70% of Scots, according to the polls, want devo max, and their elected First Minister is apparently prepared to offer it as an option in the referendum. All signs are that with devo max on the ballot paper, the independence option would be defeated. So what do the leaders of all three main UK unionist parties say? That devo max should not be offered as an option in the referendum, which should be confined to two options, independence or the status quo, neither of which the majority of Scottish people appear to want. No one has been able to put forward a single argument for denying to Scotland a constitutional development which a clear majority of Scots do want, which would be capable of changing the relationship between Scotland and the rest of the UK for the better while leaving the Union intact, and which might well save the UK from disintegration. Truly, those whom the gods wish to destroy, they first make mad.  Wake up, Mr E. Miliband!

According to a report in the Daily Telegraph, a group of right-wing Tory grandees are planning to derail the cuts in legal aid provision proposed by the Justice Minister, Ken Clarke, in his Legal Aid, Sentencing And Punishment of Offenders Bill currently going through the House of Lords.  If the Lords vote to delete the cuts, there is likely to be a battle royal between the Lords and Commons when the Bill returns to the Commons, where the government will presumably seek to restore them. Fortunately or otherwise, the same Bill provides for the abolition (euphemistically described as the ‘replacement’) of the scandalous system of Indeterminate Sentences for Public Protection, or IPPs, under which nearly 7,000 men and women are crowding our jails in preventive detention, despite having in most cases completed their punishment for the offences they have committed. Those who care about justice must hope that abolition of IPPs will not fall victim to a battle between the two Houses over legal aid, which has nothing to do with indeterminate sentences: these are an ugly blot on our justice system and Mr Clarke, the coalition’s house liberal, is absolutely right to want to get rid of them.

It may be some time before we know why the Italian cruise ship Costa Concordia hit the rocks in one of the biggest ever disasters in the world of cruising. Nor do we know yet why the evacuation of the ship seems to have been so chaotic, although some survivors are already being quoted as claiming that there had been no boat drill since the start of the cruise several hours earlier. Costa executives, currently no doubt unusually busy, can be forgiven for not yet having removed from the Costa website the page devoted to the joys of cruising on Concordia:

It’s here, on this futuristic and exclusive ship, that the fun, relaxation and excitement of a special holiday take shape. Imposing and majestic, Costa Concordia is one of the biggest ships in the Costa fleet, a real floating temple of fun that will amaze you. Wellness, sport, entertainment and culture: a thousand different experiences on a unique holiday await you on board Costa Concordia.

Excitement indeed, and ‘a thousand different experiences’!  And, as the Costa website also promises:

Costa sails always with you: Stay connected from wherever to start your holiday right now! Immerse yourself in the world of Costa Cruises …

According to Wikipedia, Costa Cruises is part of the predominantly American Carnival group, which comprises eleven individual cruise line brands (including Cunard and P&O Cruises), operating a combined fleet of over 100 ships with a total of over 190,000 cabin berths.  Carnival Corporation and Carnival UK control operations in North America and the UK, while Costa Cruises Group, based in Italy, control operations in the rest of Europe. The latter is responsible for operation of Costa Cruises in Italy, AIDA Cruises in Germany and Ibero Cruises in Spain. AIDA was previously a subsidiary of P&O Princes Cruises PLC, being transferred to Costa following the merger of Carnival Corporation and P&O Princess in 2002. Ibero Cruises is a new brand, created in 2007 as a joint venture between Carnival Corporation and Orizonia Group.  Tracking down the ultimate responsibility for what happened to Costa Concordia will be no simple matter.

Returning to Scotland for a moment, lovers of the natural beauty of the Lanarkshire landscape are appalled by the threat to one of its most outstanding and historic beauty spots posed by an imminent application for planning permission to undertake opencast sand and gravel quarrying on a vast scale in the immediate vicinity of the Falls of Clyde. This is officially designated a UNESCO World Heritage Site, yet the Lanarkshire and Scottish planning and preservation authorities mostly seem to have been persuaded (how?) that there is no need to object to the quarrying application. Luckily a professor at nearby Glasgow University (and an old friend), Mark Stephens, has set up a campaign, Save Our Landscapes, to try to save the Falls of Clyde and the surrounding area from ruin. As another distinguished economist has pointed out in a letter to The Scotsman, there is plenty of sand and gravel all over (or under) Scotland, and no need to pick on an area of special natural beauty to dig it out. Please have a look at the Save Our Landscapes Facebook page, and if you’re convinced by it, write a letter to The Scotsman or the Glasgow Herald, or to your MSP (if you live and vote in Scotland), or to South Lanarkshire Council, or to Scottish National Heritage (“We are the Government funded body that looks after all of Scotland’s nature and landscapes across all of Scotland for everyone“), urging that the quarry company, Cemex, be told to look elsewhere for their sand and gravel.

As a consequence of trouble with ageing, arthritic fingers plus outstanding filial generosity, most of this web post has been produced by dictation to a program of voice recognition software, Dragon NaturallySpeaking, absolving me from almost any need to hammer away at a keyboard. Initially sceptical about the possibility of any software reproducing my dictation without the need for me to spend as long correcting it as it would have taken to type it in the first place, I have been dazzled by the eerie accuracy with which this disembodied secretary reproduces virtually every word I say, down to the last name and comma. You have to ‘train’ the thing to get used to your tone of voice, accent, vocabulary and normal volume, by reading some prose to it and giving it some documents that you have written for it to scan and commit to memory. Once you have done this, it seems to know what you’re going to say even before you have said it. However quickly you type, Dragon will reproduce your dictation at 10 times the speed. No, I don’t have shares in the company that produces Dragon, so I feel free to recommend it to those whose typing is substandard or whose eyesight is beginning to fail, condition all too common in my age group. Just speak up!