According to an article by Jonathan Green in the Financial Times’s excellent weekend magazine, there’s a sign over the entrance to Camp Delta, the American ‘detention’ centre for suspected terrorists at Guantanamo Bay, that reads: “Honor Bound to Defend Freedom’. Can the irony in this be intentional? Were those who ordered this sign displayed really unconscious of its terrible echo: ‘Arbeit Macht Frei’? O Liberty, what crimes are committed in your name! [1]

Letters in the newspapers I wish I had written: In the Guardian of 19 May 05, Richard Newson of Whitton, Middlesex, pointed out that it’s not identity cards as such that are objectionable: it’s the huge computer data-base supporting them, with files on every one of us “designed to allow the state to observe and log almost everything we do”, that’s open to the most fervent objection. Knowledge is power, and such immense power in the hands of the state is certain to be abused sooner or later, if not by this government then by some future régime even less deserving of trust. Apart from the unconscionable snooping involved, how much confidence can we have that the information held on these secret files will be accurate, or capable of being amended if not? Or that the giant computer system, (under-)estimated already to cost £5.5 billion, will work at all, given the farcical record of most government computer systems? Perhaps, though, the best hope for the protection of our privacy will depend on the system not working.

From the waspish Guardian ‘Diary’ column of 19 May:

”Had we not ceased dwelling on New Labour ironies in about 1999, we may have found ourselves vaguely confused by the PM’s latest obsession with respect.”

”Having contacted a notable transport expert to pick his brains about rail privatisation, Andrew [Adonis] suggested they discussed it over dinner at Shepherds…”

”Were this not torture enough, … the real hokey cokey began with the arrival of the bill.”

(My emphasis.) A session on the conditional and subjunctive moods of English verbs would seem to be indicated. (OK, you could just about make a case for the last one.)

It’s pleasant to be able to recommend an unpretentious, thoroughly enjoyable, undemanding film: A Good Woman, based fairly closely on Oscar Wilde’s comedy-drama Lady Windermere’s Fan, transposed to the Amalfi coast in Italy and the characters transformed into Americans (thus Mrs, not Lady, Windermere). That might suggest the dumbing-down or sentimentalising of a classic, but the director, Mike Barker, avoids either temptation. The film is beautiful to look at, both for its Italian location and some splendid interiors. And if that’s not enough to tempt you to go and see it, bear in mind that it stars that excellent actress Holly Hunt, and that ubiquitous, gorgeous young woman Scarlett Johansson. Tom Wilkinson is another genuine attraction. No violence, no sex, no nudity – but in spite of those shortcomings, excellent entertainment (and plenty of delightful, if already familiar, Wildeisms).

Few television programmes have been as relentlessly and enthusiastically plugged in advance by the BBC as the new political satire series, The Thick of It, which began with the first of three half-hour slots on BBC4 (yes, there is a BBC4) on 19 May. So one wondered whether it would live up to the expectations aroused, not only by the BBC’s trailings but also by the many previews in the national press. Happily, it satisfied expectations handsomely: funny, scathing, close to the bone, and convincingly acted. Comparisons with the brilliant Yes Minister, whose immense influence I have argued elsewhere has done great harm, are of course inevitable, and few would claim that The Thick of It is destined to become such an opinion-forming classic. But its commentary on the way Downing Street and Whitehall work (if that’s the right word for what happens), and on the treatment of ministers by special advisers, spin doctors and prime ministerial hatchet-men, seems just as harshly revealing as anything in the more genteel Butler Report. Two interesting points about it: first, the programme’s political adviser is Martin Sixsmith, the former journalist turned government information officer, who was at the centre of the immense row involving Stephen Byers and Jo Moore in February 2002 that resulted ultimately in the sackings or resignations of all three – so Sixsmith will have been an adviser who knew what he was talking about; and secondly, The Thick of It is currently going out on BBC4, a channel available only to digital television viewers, although it will later also be broadcast on the BBC’s thinking man’s terrestrial channel, BBC2. Now I wonder what the BBC meant by doing it like that (to adapt the famous remark probably made by, probably, Metternich, about the death of Talleyrand, or by Talleyrand about the death of the Turkish ambassador, or – oh, never mind)? 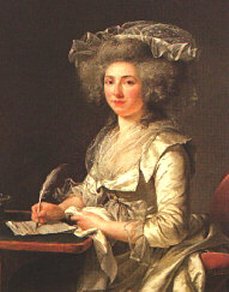