The following very informative letter was published in the Guardian on Tuesday, 25 September: 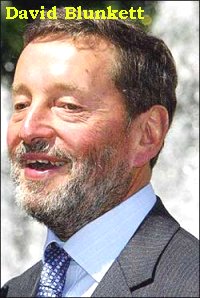 Indeterminate sentences for public protection were introduced by David Blunkett in 2005 for 153 specific violent or sex crimes of varying seriousnesss (Strasbourg judges attack ‘open-ended’ prison terms, 19 September). Judges set a minimum prison term (tariff) for each crime, but could not set a release date. This was the Parole Board‘s job after viewing how well the prisoner had “addressed his/her offending behaviour” – usually by means of cognitive behaviour therapy courses intended to “cure” anti-social or criminal behaviour. But Blunkett forgot to finance or staff these courses adequately and the Parole Board was notoriously risk averse, releasing only 4% of all IPPs awarded each year.

So queues swelled of prisoners going past their tariff dates. Numbers grew from 434 in 2005 to 4,461 in 2008 – when the law was changed to ensure fewer IPPs. But by June 2012 there were 6,078, with 3,531 beyond tariff – with no clue when they might be released. This causes extreme worry and anguish to both prisoners and their loved ones; children suffer, families disintegrate. IPPs were finally scrapped by Ken Clarke in May this year, but are now defended by his replacement, Chris Grayling – and judges are still awarding them. Shame on this country that it has taken the European court of human rights to condemn this legal lottery.

The following letter was submitted to the Guardian on  the same day and not published:

It’s a national scandal that it has taken seven years for the maladministration of Indeterminate Sentences for Public Protection (IPPs) to be declared in breach of the human rights convention (Strasbourg judges attack ‘open-ended’ prison terms, 19 September): that our English courts have failed to make such a declaration despite condemnation of this vicious system by every penal reform organisation and expert in the land, even including the prison governors’ association; that IPPs are still being handed down despite parliament’s decision to abolish them; that even now it’s only the way the system has been negligently and callously run that has been pronounced unlawful, not the inherently oppressive system itself; that Labour, which introduced the system in 2005, still lacks the courage to denounce it; that it took a Tory Justice Secretary, Ken Clarke, to abolish it and to promise to reform the way applications for release by existing IPPs are assessed; and, perhaps worst of all, that Clarke’s successor, Chris Grayling, plans to appeal against the European Court’s unanimous judgment, thereby heaping further international obloquy on our failed justice system, instead of getting down to the urgent task of reforming it to meet our international and national, legal and moral obligations.