The government is throwing another of its anti-judiciary tantrums over the confirmation by Mr Justice Sullivan of an earlier court decision that the nine Afghan asylum seekers, who bloodlessly hi-jacked an aircraft six years ago to get themselves out of the clutches of the Taliban, can't safely be deported to Afghanistan, because of the risk that they would face death, torture or other inhuman treatment if sent back, and that to deport them in such circumstances would breach their human rights under the European Human Rights Convention (ECHR) and the UK Human Rights Act (HRA). The prime minister and the Lord Chancellor are both talking menacingly about the possible need to amend the HRA to enable the government to rid the country of the hi-jackers and other foreigners 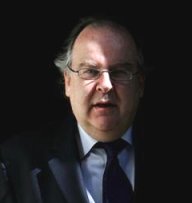 protected from deportation by the courts, arguing that allowing the Afghans to stay in Britain would encourage future hi-jackers, and that the court decision strikes a wrong balance between the nine men's human rights and the security of the state.

This is dangerous populist grandstanding, deliberately intended to confuse the issues and to give the misleading impression that the legal position can be changed by amending the HRA. In fact there are two separate issues here. First, there's the question of deterring future hijacking by punishing the Afghans for their crime. They were duly tried and sentenced for the hi-jacking, but their convictions were subsequently overturned by a duly constituted court of law because the judge at the original trial misdirected the jury. No new legislation by Mr Blair or Lord Falconer can retrospectively change that outcome, however unfortunate it might have been. So the formal, if unrealistic, position is that the men have been prosecuted for the hi-jacking and have been acquitted on appeal.

Secondly, there's the question of deporting the nine as a further deterrent to future hi-jacking: presumably even Messrs Straw, Clarke and Reid, the relevant home secretaries, wouldn't suggest that there's any risk to British security from allowing these nine refugees to remain in Britain on the grounds that they are likely to hi-jack aeroplanes again. However, both our ministers and the English courts are bound by a decision of the European Court of Human Rights (ECtHR) according to which the obligation to respect the human rights of putative deportees cannot lawfully be overridden by the duty of governments to protect national security. That decision is being challenged and may possibly be reversed in the future by a fresh decision of the ECtHR, but until it is, no amount of tinkering with or repealing the HRA can affect the legal position. Either Mr Blair and Lord Falconer know this and are deliberately pretending that it is not so, in which case they are — how shall I put it? — guilty of an irresponsible attitude to the truth (there's a shorter word for that) and intentionally misleading public opinion: or they are genuinely ignorant of the legal position, which would be remarkable in two qualified lawyers and would manifestly disqualify them both from holding their high offices.

David Cameron's Conservative Party is also apparently committed to amending or even scrapping the HRA, on the same far-fetched grounds, if they win the next election — an interesting sidelight on the real Cameron beneath the revisionist small-L liberal skin. But at least Cameron, unlike Blair and Falconer, has the excuse, however feeble, of not being a lawyer and not having access to the advice of the government's legal advisers. The Times newspaper had an ignorant and perverse piece on the subject on 12 May. The jackals of The Sun trot along behind, snapping and snarling. Such are New Labour's malodorous allies.

But the Tory press isn't all bad. There's an excellent summary of the legal position in an article of 11 May 06 in the Daily Telegraph by their Legal Editor, Joshua Rozenberg. Someone should send a copy of it to No. 10 Downing Street and to the Lord Chancellor's apartments at the Palace of Westminster. It's sad, isn't it?, that the Blair government, in its terminal death-throes, should be bent on undermining, or even destroying, the best single thing it has itself done in the past nine years, instead of glorying in it — and exacting from the Tories a high political price for their threat to undo it.

Update (16 May 2006): The comments below and the blog entries to which they include links, Tony Hatfield's 'Retired Rambler' post of yesterday — together with its two predecessors of 13 and 11 May), and the 'Ministry of Truth' entry, also of yesterday, both throw invaluable light on all the many issues raised by the current disreputable campaign against the Human Rights Act and its parent European Convention being pursued by Mr Blair, "Dr" John Reid, and the Murdoch press. All these should be required reading for anyone interested in these matters.

In particular, they establish (among other things) that: six of the nine Afghans had served their full sentences, and the other three were nearing completion of their sentences, when their convictions were quashed and they were acquitted; the reason for the quashing of their convictions was not an irrelevant technicality, but a major flaw in their (second) trial — their first trial had ended when the jury failed to agree on verdicts; Mr Justice Sullivan's acid denunciation and repudiation of the home secretary's actions in relation to the Afghans which has prompted so much feverish protest, not least from the prime minister, had nothing to do with the Human Rights Act or Convention, but concerned the home office's impudent flouting of a clear judicial decision under which the Afghans should have been given leave to remain so that they could settle down and get jobs instead of being left in limbo in defiance of the law; and, with uncanny similarity, the case of Anthony Rice, the "sex attacker who killed a mother-of-one while on licence from a life sentence [and who] was 'too dangerous' to be released", turns out on closer investigation also to have almost nothing to do with human rights legislation, since the

reasons for his release boil down to administrative incompetence on the part of the probation board and others responsible for the decision to release him on licence — aggravated by an unforgivably misleading report on the matter by the Chief Inspector of Probation, Mr Andrew Bridges. If the real facts surrounding these incidents can be established, with a wealth of chapter and verse, by a handful of bloggers using little but the Web and their memories, is it really credible that those who brief the prime minister and the home secretary, senior civil servants and legal advisers with all the research resources of government at their disposal, and who do the donkey-work for tabloid (and Times and Telegraph) leader-writers, with all the cuttings libraries and internet access available to newspaper offices, were not able to do so? Were ministers' and newspapers' misrepresentations of the facts down to ignorance, or were they deliberate?

Either way, it's plainly scandalous that such serious matters should be so damagingly distorted in the way they are presented by both the government and parts of the press.