On MPs’ pay and summer folly

The leaders of all three major political parties, and most of their parliamentary followers, have responded with predictable horror to the recommendation of a 9% increase in MPs’ pay made by the Independent Parliamentary Standards Authority (IPSA).  IPSA was created in 2009 by the Parliamentary Standards Act and is tasked with independently monitoring and controlling MPs’ expenses, pay and pensions. The 9% pay increase recommendation is just one of a number of proposals in a detailed and comprehensive report, ‘MPs’ pay and pensions:  a new package’, which (as its title suggests) sets out a carefully balanced package under which MPs would not only receive a 9% pay increase, but would also suffer significant reductions in their pensions, severance pay and allowances. Although these proposed reductions would not fully offset the proposed pay increase, they would reduce to perfectly manageable proportions the net cost of the recommendations to the taxpayer.

Yet with few exceptions, politicians and the media have focused in their condemnation of the IPSA report exclusively on the proposed pay increase, neglecting to point out that this is largely offset by proposed reductions in MPs’ other emoluments.  The BBC’s Political Editor, Nick Robinson, for example, has been shamelessly roaming the streets with a piece of paper announcing the 9% pay increase proposal, showing it to random passers-by, and inviting them to express their shock, horror and dismay to camera.  This kind of shoddy journalism has had the obvious and predictable effect of inciting yet more public animus against the IPSA recommendations (or one of them) and against politicians generally.  Not only have MPs been demanding that the statutory power and responsibility of IPSA be ignored and the pay award vetoed (which, to be legal, would require a fresh Act of Parliament): some have been promising not to accept the award if it is granted.  This hair-shirt act is all very well for MPs with lucrative extra-parliamentary sources of income, or private wealth:  it does scant service to MPs, especially those with families, who have chosen to regard being a member of parliament as a full-time job.

Every MP, including even the party leaders, and every serious media commentator, knows perfectly well that for many years cowardly governments have held down MPs’ pay for fear of the wrath of the tabloids, playing on general public distaste for politicians. Independently calculated proposals for periodic pay increases have been regularly vetoed by equally timorous Labour and Conservative governments, with the result that MPs’ pay has fallen further and further behind that of comparable occupations, including that of parliamentarians of almost all similar countries.  The discreetly understood quid pro quo for this underpayment of MPs’ salaries was an explosion in MPs’ expense allowances, administered by the Parliamentary staff with the greatest laxity, as part compensation for inadequate pay. It suited everyone to turn a blind eye to this obviously unsatisfactory compromise, until a leak to the Daily Telegraph in 2009 of details of widespread abuse of MPs expenses exposed what had been going on, resulting in general public outrage, the termination of the careers of the worst offenders, and greater or lesser penalties imposed on most of the rest.

IPSA’s recommendations are meticulously argued and documented in its 74-page report. As far as I’m aware, none of its critics in Parliament, the government or the media has taken the trouble to dispute any of the report’s arguments, facts and figures underpinning its balanced recommendations.  In denouncing the proposed pay increase, and demanding that it should not be implemented, MPs and commentators are implicitly calling for a return to the bad old days when MPs and governments determined their own pay and allowances.  This almost universally negative reaction is based almost entirely on fear: fear of the tabloids, fear of a public opinion already prejudiced against politicians, and fear of their own inability to explain and defend the rational and statutory underpinning of the complex of recommendations in the IPSA report. As so often, the defining characteristic of those who govern and legislate for us is cowardice.

One postscript: IPSA says in its report that it found no evidence that inadequate pay for MPs had had a damaging effect on the calibre of candidates for election to the House of Commons. This seems to me the one element in the report that is wide open to question. It is far from clear what kind of evidence could be produced either to negate or to confirm the proposition that, in the terms of the cliché, if you pay peanuts, you get monkeys. Better pay and conditions, better work practices, more reasonable demands on MPs’ time, a work description based on a rational interpretation of the Constitution, greater freedom from the tyranny of the Whips and local party activists – all these things could reasonably be expected to appeal to people of strong character, sound principles and a commitment to public service, and attract them to what should be regarded as the honourable profession of politics. Such reforms are no doubt mostly pie in the sky. One of them, decent pay and sensible pensions and allowances, is now on offer. All the signs are that it will once again be thrown away, the victim of prejudice, ignorance and cowardice. 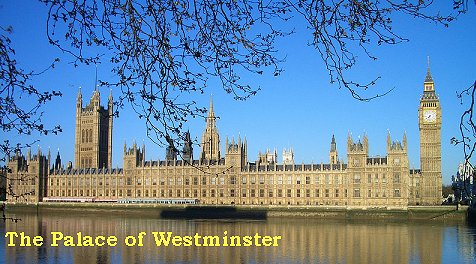