Ruth Kelly and the plague of pervs

The hysterical witch-hunt over rabid child abusers being cleared in their thousands by the Education Secretary, Ruth Kelly, to infest our schools (according to the media) should be treated with profound scepticism.  We still don’t know how many people whose names are on the ‘sex offenders register’ have been permitted by ministers to work as school teachers, how many actually work as teachers, whether any single one of them has been convicted or even accused of any offence against a child after having been put on the register and subsequently employed in a school, or even the criteria used by ministers to decide whether an index-listed person should be cleared to teach, or under what conditions.

What we do know is that a person called Paul Reeve, who had never been convicted of any offence but who had received a police ‘caution’ after his credit card number had appeared on a website in the United States which included child pornography and whose name had accordingly been added to the 24,000 or so names on the sex offenders register, had had his case reviewed by a then Department of Education minister (not Ruth Kelly) and had been cleared for employment as a school teacher, a decision which seems on the available evidence to have been entirely defensible. The idea that tens of thousands of people who have never been before a court of law or accused, still less convicted, of any offence, should be automatically barred for the rest of their lives from taking any kind of job involving contact with children, and in effect publicly shamed into the bargain, should be dismissed as manifestly unjust, especially when one considers the many reasons for people having been cautioned by the police but which should have no implications for their future dealings with children.  A system involving such a life-long penalty on such a flimsy basis and without any kind of due process would, on the face of it, be in obvious breach of the Human Rights Act and the European Convention on Human Rights which it incorporates in our domestic law.  Hence the provision for exceptions to be made, where appropriate, at the discretion of a minister.

It is certainly weird and wrong that a politician should be entrusted with this responsibility (and Ms Kelly has already promised that this will be changed), but there obviously needs to be some scope to be given for exemptions to be made in appropriate cases from the ban on employment with children, preferably by a trained professional with knowledge of the individual case. The sex offenders’ register should not be confused with the so-called List 99 of people who have been tried and convicted of various crimes and whose inclusion in the list warns local authorities and other employers not to employ them in any job involving or close to children. 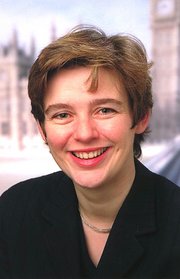 Yet in the last bout of national hysteria following the gruesome Soham murders, an inquiry into the whole system was set up under Sir Michael Bichard, who recommended, among other things, that all the various lists, registers and indexes should be merged into a single list[1], despite the quite different characters of the existing lists and the differing status of people on them as judicially convicted offenders or merely recipients of a police caution.  It is true that cautions are notionally ‘voluntary’, in that the person concerned can opt not to accept the caution but instead to risk being charged with an offence and taken to court.  But where the reason for the caution carries with it a likelihood of terrible damage to the person’s public reputation, family life, and job (even if totally unconnected with children), the temptation to accept the caution, rather than risk an appearance in court and a possible prison sentence if convicted, must be almost irresistible, even when the person knows himself or herself to be innocent.  To blight someone’s life for ever on the basis of what may be little more than police suspicion is a serious matter.  Yet that is what would seem to be an inevitable consequence of the Bichard recommendations.  True to form, the tabloids are nevertheless belabouring the government for having delayed implementation of the Bichard report.

No-one, however, with the possible exception of Kim Howells (the minister who authorised the employment of Mr Reeve and who publicly acknowledged that he had made the decision to do so), comes out of this sorry tale with any great credit:

The only positive consequence of all this, in my view, is that Ruth Kelly’s standing will be so badly damaged  (however unfairly and disproportionately) by the hubbub that it will make it that much harder for her to get the government’s forthcoming and highly controversial Education Bill through the house of commons and/or the house of lords.  If that bill proves to be anything like the white paper on which it is supposed to be based, we shall all be much better off without it.  But it will be a pity if the able and engaging Ms Kelly, appointed to this senior and burdensome position long before she was ready for it by Mr Blair’s misjudgement, is allowed to see her career run into the buffers because of a media frenzy over sex offenders followed by the hopeless task of getting through parliament a measure which a majority of the government’s own back-benchers cordially detest: another  prime ministerial misjudgement.

Hat-tip: to Simon Jenkins, who as usual articulates with deadly clarity the issues at stake here, in his column in today’s Sunday Times.   (But I had been planning to write on these lines before I read his piece.)

[1] Update (16 January):  I may have done Sir Michael Bichard’s report and recommendations an injustice in the aspersions cast on them above.  According to a press report I have just read, Bichard actually recommended the creation of a new register of all persons working in any capacity with children,  whether or not any of them had been convicted of a relevant offence or offences or been cautioned in relation to an offence.  It seems that the government has rejected this proposal on grounds of cost and plans instead to merge all the existing lists and registers into one.  So it’s apparently the government, not Sir Michael, who’s to blame for this fairly obviously flawed proposal.