Someone at the BBC seems to have it in for Ethiopia, for some reason.  Newsnight, the BBC’s most trusted and supposedly authoritative of current affairs programmes, this week (on 21 September 2011) thriftily recycled much of an aggressively critical film first broadcast on Newsnight last August, denouncing all UK development and humanitarian aid to Ethiopia because of the alleged defects of its government, whose shortcomings were luridly described on the basis of accusations made by Ethiopian opposition figures and exiles.  (The programme can be viewed here for another five days;  the Ethiopia segment starts at 23’50”.)   The glaring deficiencies in that film and the section of Newsnight in which it was broadcast were laid bare at the time in a blistering analysis by the respected journalist and Ethiopia expert Peter Gill in a blog post (here), and I posted some acid comments on it in a BBC blog (comment No. 48 here).  Newsnight ignored all such criticisms and blithely repeated all the crassness of the August film in last night’s programme.  You’d have thought that the BBC might have learned its lesson from the experience of the World Service radio programme back in March 2010 for which it was forced to issue a grovelling public apology to Bob Geldof and BandAid for much the same errors and defects as those of the two Newsnight programmes of last August and this month:  there are fuller accounts of that dismal episode here and here (and in many other places).

Last night’s Newsnight asked why “a single pound” of UK aid should go to an allegedly repressive Ethiopian régime which, it was claimed, manipulates our food aid for political advantage, won’t allow political opposition, crushes human rights, “hangs civilians”, commits “mass rapes”, and so forth.  The programme showed an interview recorded earlier in the day by Jeremy Paxman (for it was he) with the International Development Secretary, Andrew Mitchell, in New York, who very sensibly stressed the numbers of Ethiopian lives demonstrably saved by British aid and pointed out that none of our aid goes through the Ethiopian central government.  Mitchell said that the allegations of UK food aid being politically manipulated had been scrupulously investigated by British officials in Ethiopia but that they had found no evidence whatever of systemic food aid manipulation.  The effect of this was then ruined by Paxman’s gleeful announcement that after his interview with Mitchell, the Department for International Development (DfID, Mitchell’s own department) had issued “a clarification” to the effect that the British investigating officials had not gone out to visit the areas where the alleged manipulations were said to have taken place but had conducted their investigations from their desks in Addis Ababa.  Cue triumphant sneer on face of Paxman. 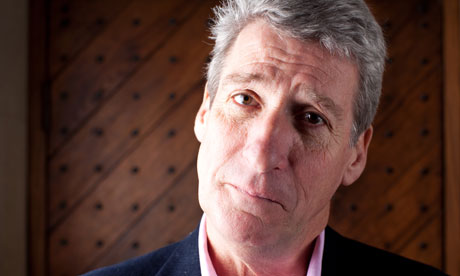 In both programmes Newsnight simply took it for granted that UK aid of any sort should be withheld from any country with an undemocratic government or a poor human rights record.  Perhaps regrettably, Mitchell didn’t challenge this disreputable implied proposition, repeatedly emphasising his insistence that all such serious allegations must be and were scrupulously investigated (thus implying acceptance of the feather-brained “no human rights, no aid” thesis), with the DfID ‘clarification’ used by Paxman to suggest that Mitchell’s officials’ ‘investigations’ were worthless.

Such unsubstantiated and misleading attacks on a major British country aid programme are bound to undermine public confidence in UK aid generally, as well as strengthening discontent about the ring-fencing of the aid programme from Coalition cuts. It would be nice to think that a suitably senior BBC executive could be challenged about this unbalanced, sub-standard, biliously anti-Ethiopian material, now broadcast on respected BBC channels on three separate occasions in just a few months, in which unsupported allegations are represented as ‘revelations’:  non-sequiturs are extrapolated from shaky or unsubstantiated evidence:  there is no discussion or even recognition of the potential consequences of the implied and profoundly mistaken doctrine that aid should be denied to countries with repressive or illiberal governments:  aggressive interrogation never allows the other side to have a fair chance to state its case:  and the implications for public support of overseas development aid are potentially so dire.  That such wretched stuff should go out with the cachet of the BBC’s reputation for fairness, balance and reliability is a mystery that surely calls for enquiry and explanation.

Post-script: the ‘Bureau of Investigative Journalism’ , which produced the film with and for Newsnight, has posted on its website a predictably tendentious account of its ‘investigation’ and of the Paxman interview with Andrew Mitchell.  This, unsurprisingly, is just as fundamentally flawed as the material broadcast in Newsnight, and in my view it’s open to the same criticisms.

Update (29 September 2011):  An important clarification and correction of the position of the Department for International Development (DfID) was broadcast by the BBC’s flagship Newsnight at the end of its programme on 23 September.  The DfID statement read:

The Department for International Development has confirmed that, as Secretary of State Andrew Mitchell made clear on Wednesday’s programme, DFID officials in Ethiopia did make regular field visits to look into the allegations of aid distortion.
“Those field visits — and dozens of similar visits by other donor agencies — made clear that there was no systemic distortion for political reasons in the distribution of aid.

It’s good to have this on the record.  The earlier DfID statement, read out with such relish by Jeremy Paxman at the end of the Newsnight programme two nights earlier, on 21 September, had left viewers with the unfortunate impression, not only that DfID aid and development staff based in Addis Ababa never ventured outside the walls of the safe and comfortable British Embassy compound there, but also that, in consequence, their ‘investigation’ of allegations of political distortion by the Ethiopian government of the distribution of UK food aid in remote areas of Ethiopia far from Addis Ababa can’t have been worth much.  It’s not clear, anyway to me, why DfID’s earlier statement gave such a damaging and inaccurate impression — unless Jeremy Paxman’s summary of it on 21 September was a distortion of what the full DfID text had said. If so, DfID has a strong case for complaint.

The sad truth is, however, that few Newsnight viewers hearing the subsequent DfID clarification (quoted above) will have remembered the Ethiopia segment in the programme of two nights earlier in enough detail to realise its significance.  The entirely false impression of DfID bureaucrats ‘investigating’ the misuse of UK aid out in the countryside from the comfort of their offices in Addis Ababa will inevitably, like the melody, linger on, as will all the other unsupported allegations against the Ethiopian government, cheerfully represented as established fact by Newsnight and the makers of its film.