The coalition government should resign forthwith if Scotland votes for independence

As of now (6 August 2014) the best guess must be that Scotland will vote to reject independence in the referendum on the 18th of next month.  But there are still many undecided voters and most pundits predict a closer result than the opinion polls currently suggest.  The possibility of a narrow majority for independence can’t be ruled out, and politicians and media analysts alike should be doing much more contingency planning and discussion against that possibility than seems to be happening.  Among the major issues in the event of a majority Yes vote that ought to be actively considered by all the UK parties between now and the referendum is whether the coalition government should resign at once if defeated in the referendum, with fresh elections before the end of this year to elect a new government with a mandate to conduct the independence negotiations with Scotland.  In my view it would be a constitutional outrage if Cameron and his coalition government refused to resign in such circumstances, for the reasons (among others) set out in my letter published in today’s Guardian:

A vote for Scottish independence is a vote for a pig in a poke
• The Guardian, Wednesday 6 August 2014
Martin Kettle’s dystopian and all too credible prediction of the disastrous consequences of a majority for independence in the Scottish referendum in September (Remember 2014, the last summer of the old Britain, 31 July) suggests two possible variants of his scenario. First, David Cameron’s coalition government would surely have to resign immediately following such a catastrophic defeat. The incumbent government that had presided over the disintegration of our country as a direct result of its failure to offer Scotland a credible alternative to independence could hardly carry on as if nothing terrible had happened; and anyway there would be a pressing need for a new government with an electoral mandate to open and lead the negotiations with Edinburgh on the detailed terms of Scotland’s secession.

Second, the negotiations between Scotland and the rest of the UK (rUK) on the terms of secession would be quite likely to get bogged down in failure to agree on some key issues. If the best terms that the government at Holyrood was able to extract fell significantly short of the SNP’s demands, there might well be justified pressure from the Scottish people for a fresh referendum to establish whether those who had voted in 2014 for independence still favoured it on the only terms on offer following the negotiations. Come September, Scots will have to decide whether to buy a pig in a poke. They may well find that they don’t like the pig when it eventually emerges. However, it would be risky for Scots considering a yes vote in September to assume that they will have an opportunity later to change their minds if they don’t like whatever may emerge from negotiations with rUK. 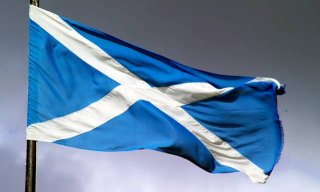 On the second point in my Guardian letter, there seems to be some doubt about whether ministers have allowed Whitehall to start planning for the consequences of a possible vote for independence on 18 September.  Such an outcome would launch several years of intricate and often deeply divisive negotiations between a Scottish team, led by or perhaps comprising the SNP, on the one hand, and a team representing the rest of the UK (rUK), probably representing all the mainstream UK parties, on the other.  Does the main steering brief for the rUK team in the negotiations already exist in Whitehall, setting out the rUK’s main aims in the negotiations, including its red lines on an independent Scotland’s currency; the future of rUK naval and military bases in Scotland (including HM Naval Base Clyde); and the allocation as between Scotland and rUK of North Sea oil revenues, the national debt, the armed forces, and a host of other assets and liabilities?  Have the three main UK parties worked out agreed or differing policies on each of these vital issues?  If they differ, how are the differences to be reconciled in conducting the negotiations if not by a mandate from the rUK electorate — which would mean publicly disclosing the rUK’s negotiating positions in advance?  Perhaps most important of all:  what will happen if, after perhaps several years of difficult and stormy negotiations, the two sides simply fail to reach agreement?  In the last resort the rUK side can lay down the terms on which the UK parliament will be prepared to grant independence to Scotland, whether or not the Scottish side — almost certainly after fresh elections in Scotland — has agreed to them.  What if the majority of Scots who will have voted Yes in 2014 don’t wish to become independent on the terms laid down by rUK following a breakdown or deadlock in the negotiations?  In that perfectly plausible situation, is rUK prepared to force independence on Scotland even if a majority of Scots don’t want it on the rUK’s terms?

All these issues urgently need to be publicly aired and debated in the next six weeks if Scottish voters are to have even a hazy understanding of the likely consequences of their votes on 18 September.  Have ministers and their officials, and the Labour leadership separately, thought them through and arrived at firm decisions on how to handle them in the negotiations with the Scots if the Yes vote wins?  Are any of the three main UK parties ready for an October or November general election fought on the issue of the terms of separation to be offered to Scotland after a Yes vote on 18 September?  I rather doubt it.