The Ken and Boris show: a Guardian letter

Not for the first time, the Guardian has gone at a letter submitted by me with a hacksaw, or perhaps an axe, before publishing it (here) on 29 April 08:  but better an amputee than nothing at all, I suppose.

Anyway, just for the record, here's the text as submitted:

The modest complexities of the electoral system for the London mayoral elections on Thursday, plus widespread distaste for some aspects of Ken Livingstone's personality and record, shouldn't obscure the realities facing voters (Ken, with all the caveats, April 26).  Boris Johnson, lacking  concrete policies, experience of administering anything, and attention to detail, and with his many reactionary views, seems likely to be a disaster for London if elected.  His election would also boost the Tory Party's prospects at the next general election.  Livingstone is the only candidate capable of beating him.

If your first preference vote is for Livingstone or Johnson, there's no point in casting a second preference vote for anyone else, because neither of those two will be eliminated.  A first or second preference vote for any of the other candidates, or a failure to vote at all, amounts to a vote for Johnson, because withholding your vote from the only candidate who can beat Johnson must boost Johnson's chances.  The inescapable conclusion is that if you don't want Johnson as mayor, the only rational course is to vote for Livingstone, regardless of what you think of him, preferably as your first preference but failing that as your second.  (I have no connection whatever with the Livingstone campaign.)

The Guardian's version does have the benefit of brevity, so perhaps it's clearer: but quite a lot is sacrificed — I would think that, wouldn't I? — and I regret the syntactical blunder introduced into the second sentence of the Guardian's version.  However, I hope the general thrust has survived. 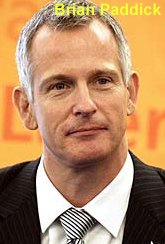 A comment on my recent Ephems post on the subject accuses me of "peddling the line that ‘only Ken can beat Boris,’ [which is] the way that Ken tries to squeeze out Brian Paddick’s vote."   I'm puzzled by this.   The statement that "only Ken can beat Boris" is surely an incontrovertible statement of fact, not a 'line';  and if acknowledgement of the fact has the logical effect of "squeezing out" the votes for Paddick, the Liberal Democratic Party's candidate, that's just too bad for Mr Paddick.  Even if Brian Paddick had fought a scintillating, constructive and inspiring campaign, which unfortunately for him he hasn't, it would still be the painful truth that a first preference vote for him is a wasted vote because he can't avoid being eliminated as soon as the first preferences have been counted:  and a second preference vote for him is even more conspicuously irrelevant, since he will have been eliminated before the second preferences can be re-distributed.

(If I'm wrong and Paddick turns out to have come first or second by winning more first preference votes than either Livingstone or Johnson, thereby avoiding elimination and surviving to receive his second preference votes from the other candidates, I shall have the doubtful satisfaction of being in excellent company as I wipe the egg from my face;  and in that event, I shall keep a close watch on the sun in case it starts to set in the east after all these years.)