The Scottish Question: bad journalism and now some good 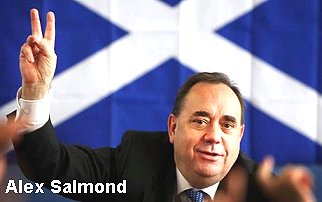 In the last few days I have posted a couple of pieces about the Scottish Question (here and here), most recently quoting a prize example of sub-standard journalism in a Sunday Times article purporting to analyse the issues. I have now come across an equally striking example of excellent journalism from and about Scotland and its future, and  accordingly added this update to my last post:

Update, 17 January 2012:  For a stark contrast with the sloppy journalism quoted above, you should read an excellent article in today’s Scotsman by Professor Gavin McCrone, a distinguished Scottish former public servant, academic and economist (full disclosure: also one of my oldest friends). After describing some of the complex issues that will have to be negotiated either for Scotland to become independent or for it to achieve devo max, McCrone concludes that –

Sorting out all of these issues and ensuring that they are fully understood by those who will vote is going to take time, so that whatever Mr Cameron says, I do not expect the referendum to take place any earlier than October 2014, the date chosen by Alex Salmond. What worries me most is that as the debate continues, it could become not only increasingly intense but acrimonious. I give politicians the credit on both sides of not wanting that to happen, but they might find it difficult to control. There are plenty of people both in England and in Scotland who might make it so.

All those of us who comment on Scotland’s future, from north or south of the border, in the conventional media or in the blogosphere, have a duty to heed Professor McCrone’s warning. Fortunately, it doesn’t have to be a zero-sum game: if all concerned play fair, both Scotland and the rest of the UK can benefit equally from whatever constitutional changes emerge from the referendum process. Let’s all go easy on the acrimony, keep the temperature down, and treat each other like friends and neighbours, not as rivals or enemies.