Threat to the Internet: time for action

China is not the only totalitarian power seeking to get control of what its people can read and discuss on the Internet and the Web.  The Internet is now being threatened by big 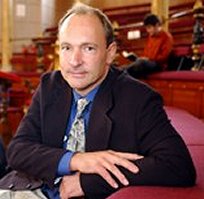 business interests in the US which seek to gain control over the content of the traffic passing through the internet channels which they own — everything from e-mails to websites to blogs.  The companies concerned are offering substantial 'inducements' to members of the US Senate and House of Representatives to support legislation to permit this, and to resist amendments designed to preserve the freedom of the Net.  One such amendment has already been defeated.

Despite its scope for abuse, trivia and ego-tripping, the Internet and its anarchic freedom represent a fantastic international asset and a genuine bulwark against the control freakery of illiberal governments and commercial interests.  It would be a tragedy for us and our children and grand-children if that were all to be bought up and stifled by those who see it as a threat to their control over public communication and ultimately to their untrammelled freedom to make money at the expense of our freedom of expression and debate.

Full information about this potential nightmare is available on Owen's blog at http://www.owen.org/blog/536,  including links to other informative websites and to where you can find any of seven ways in which you can help to avert this chilling threat.  These naturally concentrate on urging US residents to write to their Senators and Congressmen and Congresswomen to express their concern. Those of us who live elsewhere than in the United States are just as much under threat as US residents:  so another option for non-Americans is to write to or e-mail (or even fax — remember fax?) our MPs, MEPs or other parliamentary representatives to alert them to what is going on.  This is pre-eminently a matter on which action at the level of the EU might be effective. You can get the names and addresses here.  Please do it now!