More than a quarter of a million American diplomatic cables have been leaked by Wikileaks, which seems to have got them (or some of them) from an American private soldier who had accessed them, perfectly legally, and saved them, perfectly illegally, onto a CD or DVD so as to leak them. (This was seemingly not a case of hacking.)   What are we to make of this?  Does a leak on such a heroic scale of so many secret exchanges between American diplomats overseas and the State Department in Washington bring all diplomacy throughout the world to a shuddering halt?  Should the original leaker and the founder of Wikileaks  be hunted down, tried, and subjected to the most condign available punishment?  Or have they performed a public service, either by publishing information to which we’re all entitled, or by exposing hypocrisy or wrong-doing, or by demonstrating the absurdity of a system which classifies as ‘secret’ information that’s mostly so strikingly trivial and banal?

The answers to those questions turn largely on the nature of the documents that have been leaked.  If we look at those which have been analysed and published so far, the surprising thing about them is how unsurprising they are, with remarkably few exceptions.  Almost all these reports confirm what we already knew, or could easily have guessed:  that many Arab countries are terrified of Iran getting nuclear weapons and would love to see the Americans doing some selective bombing to stop it;  that Russia is run by a Mafia-like kleptocracy;  that David Cameron and George Osborne, our new prime minister and chancellor of the exchequer, came into office with little or no experience and no evidence of depth of judgement;  that China is profoundly uneasy about the sinister antics of its unprepossessing protégé, North Korea;  that many western countries have been troubled and embarrassed by such US follies as water-boarding, rendition and Guantanamo;  that Prince Andrew holds and no doubt sometimes expresses crass and reactionary opinions (but he’s one of the few royals who has risked his life fighting for his country, so we forgive him);  and that the Americans, like most of the rest of us, are scared that Pakistan’s nuclear weapons might fall into the hands of terrorists.  So what else is new?

Perhaps the most interesting revelation in the leaks  published so far is the instruction issued in the name of the State Department to US diplomats to look out for any opportunities to get samples of the DNA of senior UN staff, including the UN Secretary-General whose name no-one can remember, and the numbers of their credit cards – on the face of it a ludicrous task, since no such opportunities are at all likely to present themselves to ordinary journeyman diplomats, and it’s far from clear what the US security and intelligence services would do with such material even if they somehow got hold of it.  However since the Americans have not yet, it seems, invented chip-and-pin protection for credit cards, possession of Mr Ban’s credit card number alone might enable the top brass of the State Department to take some expensive foreign holidays at his expense.  (Not, of course, a serious suggestion.)  Contrary to common belief, this is not the kind of thing that ordinary diplomats do, and the instruction to them to do it (if possible) was strictly out of order, as well as being distinctly weird.

The leaks have performed one useful service in bringing home to some members of the chattering classes the perhaps counter-intuitive reality that certain kinds of valuable diplomatic activity comprise private and confidential exchanges of information which would be seriously inhibited, or even made impossible, if the participants couldn’t rely on their interlocutors not to leak what they are being told.  The acquisition, exchange, reporting and assessment of information about what is going on in the world are at the heart of diplomacy, and it’s in everyone’s interests that these processes should not be unduly hampered, still less completely prevented, by constant confidence-sapping leaking.  Diplomats certainly do other things besides acquiring and processing information: they seek to influence events, but can’t act effectively unless action is based on accurate information.  However, fears that the wikileaks affair will inflict serious damage on the process of sharing information among diplomats and governments are surely exaggerated.  Other countries’ diplomats and officials are hardly likely to stop swopping confidences with the representatives of the most powerful country in the world when such exchanges are so obviously in both parties’ interests.  But confidence in confidentiality will need to be quickly restored.  Diplomacy is a potent and indispensable form of peace-keeping and some of it can’t be conducted in a fishbowl.

One misapprehension needs to be knocked on the head.  The (fictitious) fact that a First Secretary in the American embassy in, say, Tashkent reports to Washington a conversation in which he has been told by a Counsellor in, say, the Tashkent embassy of Bulgaria that the Bulgarian government is about to break off diplomatic relations with Armenia, doesn’t mean that (a) the Bulgarian’s forecast is necessarily accurate, (b) the US government on receipt of the report will necessarily believe it, or (c) it will necessarily have any impact whatever on US foreign policy – although it might be true, it might be believed, and it might affect US policy in some unpredictable way.  The report is just a fragment of diplomatic raw material, potentially but not necessarily useful, but worth passing on anyway in case it might provide the missing piece of some jigsaw.

Two things are, I suspect, doing far more harm to the reputation of the US than the release of these routine and mainly banal cables.  First, there is the revelation that the US government has committed the extraordinary, inexplicable folly of giving around three million Americans, including thousands of GIs, unfettered access to a huge archive of documents classified Secret or below, a breach of the most elementary principle of security (that access to classified material should always be confined to those with a ‘need to know’);  such enormous access to secrets almost amounts to their publication, and the 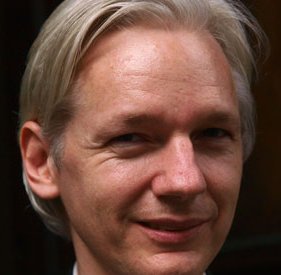 wonder is that there haven’t been numerous leaks before now.  Secondly there are the widely publicised demands by a number of right-wing American commentators and public figures, including Mike Huckabee — a former state governor, an ordained Southern Baptist minister, a musician, political commentator and past and probably future Presidential wannabe  – for Julian Assange of Wikileaks to be tried for treason by the United States and executed (he’s actually an Australian!).  Such barbaric and vindictive demands, apparently made in all seriousness, can only bring the US into uncomprehending contempt in the rest of the civilised world.   Assange is wanted in Sweden on suspicion of rape and sexual assault, all of which he denies, and it’s difficult to avoid the suspicion that this is designed to shut him up and stop Wikileaks in its tracks.  “Cui bono?” is not a bad question to ask in such circumstances.

It’s worth mentioning that very many of the leaked cables are rather impressive, conveying potentially useful information or instructions with exemplary clarity, and containing what look for the most part like sound and credible judgements.  The fact that so many American ambassadors, at any rate those in the more comfortable capitals, are not career diplomats but rich businessmen who have given generously to Democratic or Republican party funds, doesn’t seem to diminish the professionalism of the US Foreign Service as a whole.  The great majority of American diplomats have absolutely no reason to be embarrassed by the publication of their reporting cables, however unwelcome publication may have been.  If, as is already being reported, any of them find their careers damaged by the publication by others of their frank and conscientious reporting, it would be a great injustice. It’s fair however to ask why so many of these documents were given the high (but not the highest) classification of ‘secret’ when in many cases ‘restricted’ would have been quite sufficient.  Some probably didn’t need to be classified at all, and could have been published on the inner pages of American newspapers without causing so much as a passing ripple of interest.  Persistent over-classification is another breach of basic security principles.  But it’s evident from the texts of the cables that their authors are required to give the reasons for the classification they have given to each document, by quoting the paragraph numbers of, presumably, the US guidelines for correct classification — a potentially useful discipline.

Temporary and superficial embarrassment seems likely to be the worst penalty that the Americans will have to pay for this enormous breach of security.  Potential offsetting benefits may include –

In other words, this is far from being the national disaster for the United States that Mrs Clinton has chosen to impress on us. If America seriously over-reacts to what is really a fairly minor event, more embarrassing than seriously damaging, the resulting wounds will be self-inflicted.  But it’s certainly time to roll a giant boulder into the gaping loophole which a junior US soldier and Mr Assange have discovered and exploited.  A quarter of a million classified documents leaked and published are surely quite enough, even if they are mostly rather dull.

Update [4 Dec 2010]: A new irony.  We read today of cables from the American embassy in London, reporting conversations with William Hague and Liam Fox among others, in which the embassy expresses scorn for British political leaders’ paranoid obsession with the ‘special relationship’ between Britain and the US, and their pathetic appeals to the Americans not to abandon it.  The embassy debates whether the US should exploit these paranoid British fears in order to extract yet more concessions to American security and other interests from the fawning Brits, but concludes that this is unnecessary, since the British contribution to America’s pursuit of its own interests is already “unparalleled”.  Yet all this is happening against a backdrop of a higher level of anti-American sentiment in this country than I can remember in my long life-time, ranging from  intense antipathy towards George W Bush and the US-provoked war in Iraq, outrage over America’s gross over-reaction to terrorism with its practice of torture and collusion with torturers, rendition and extraordinary rendition, and the horrors of Guantanamo, Abu Ghraib and Bagram, with contempt for the propensity of US forces to kill their allies with ‘friendly fire’, down to the farcical and nakedly hostile security procedures visited on overseas travellers at American airports.  There was a huge outpouring of support here for Obama up to and beyond his election as president, but even that has waned as we in Europe have watched with incredulous dismay the reactionary obstructive antics of the Republicans in Congress, the rise of the Tea Party and the daily bile emitted from Fox News, not to mention the increasingly nightmarish possibility that the weird figure of Sarah Palin might actually secure the Republican nomination for the presidency in 2013.  It’s sad, in many ways, but it looks increasingly as if the special relationship now exists only in the heads of a handful of Conservative party leaders.  The publication of the Wikileaks cables can’t damage US interests around the world half as badly as American behaviour during the G W Bush administration, some of it continuing to this day, has already done.  It would (will?) be interesting to know just how frankly the American embassy in London has been reporting this side of the story also.