Wild Duck at the Donmar: a treat

J and I were able to see the splendid version and performance of Ibsen’s ‘The Wild Duck‘ at the Donmar Warehouse the other evening only because a member of the cast is a friend of ours and managed to get us seats.  The production, which won lyrical reviews when it opened in December, ends its run on 18 February 2006 and is sold out every night until then. 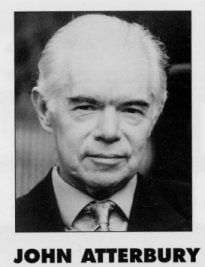 Our friend and benefactor was that grand old — well, not that old — trouper, John Atterbury,  playing Pettersen, the first to speak at the start of the play and accordingly at the top of the cast list where he belongs.   (He was also the first to speak in that memorable movie Gosford Park,  adding a second claim to primacy with his alphabetical one.)  What’s more, he has the distinction of having played himself in the 1998 film Gamal Abd El Nasr, as well as many other roles in the theatre, film and television.

Ibsen started writing The Wild Duck in 1884, which makes it sound extremely ancient, although that was a year after my father was born (which makes me sound extremely ancient, too).  One of the many merits of this Donmar production is its supremely modern feel, although there’s no straining for this effect in Michael Grandage’s production, and the set, costumes and style are all faithful to its period setting (Norway, winter 1884).  Michael Billington’s Guardian review of 14 December calls the production "an evening that explains why Ibsen is the greatest dramatist after Shakespeare", quoting George Bernard Shaw as having said, while watching the play, "You are getting deeper and deeper into your own life all the time."  Billington can rarely have used more superlatives or found less fault — indeed, none at all — than in his assessment of this production.

The whole cast is superb, but on a personal level we were especially interested to watch Ben Daniels in the difficult part of Gregers Werle as the starry-eyed moralist and idealist whose dedication to the unvarnished truth brings tragedy and destruction to a hitherto happy family. Ben Daniels is, we’re told (not though in the 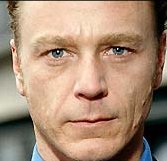 Donmar programme), a sex symbol from his television roles, combining them with impressive credentials on the serious stage.  His name rings bells for members of J’s and my generation, who throughout the war years (that’s the second world war, stupid) and on into the 1950s used to listen with affection to that husband-and-wife team of radio stars, Bebe Daniels and Ben Lyon, with Vic Oliver enlivening our evenings in Hi Gang (1940 to 1949) and later in Life with the Lyons.  They were Americans who creditably stayed in England throughout the war (Ben Lyon at one time a fighter pilot in the RAF).  ‘Ben Daniels’ does sound as if he could be an offspring of Bebe Daniels and Ben Lyon, but as both of the latter were born in 1901 and Ben Daniels in June 1964, 10 days before my own 30th birthday and when Bebe would have been 63, it seems a little unlikely.   Pity.

I would urge you to go and see The Wild Duck at the Donmar before it closes next week, but as it’s sold out, you can’t, so I don’t.