X is for X Factor

In case there's anyone in the country who doesn't know, the X Factor is a television amateur talent competition in which many thousands of the aspiring young sing pop songs in the hope of winning the millions — literally — of telephone votes required to emerge at the end of numerous rounds over numerous weeks as the winner for the year, earning in the process a guaranteed million-pound recording contract and the near-certainty of success in the charts for the record of the winning song that's issued almost instantly once the result is announced.

Similarly, hardly anyone in Britain (or Northern Ireland, for that matter) can fail to have 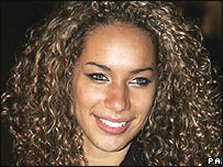 seen or read that this year's winner is a bright young woman called Leona with a powerful voice and a considerable screen presence.   (Her somewhat bewildering name looks like the solution to a crossword clue: "Il Trovatore heroine singing and winning or missing, but not applicable to a lion", perhaps.)  The announcement of her victory in the final round was accompanied by an appropriate fiesta of covering face with hands, weeping, laughing, hugging, accepting brave congratulations from the runner-up (a boy of 18 who looked more like 14 with an Elvis haircut and a pleasant singing voice) and a welter of hyperbole from the organisers, experts, voice coaches and other celebrities in attendance ("You are a world-class artist, Leona, and you're a lovely girl, and you're heading for top of the Christmas charts, and you'll be a millionaire", etc.)

The shock of her success must in reality have been somewhat mitigated by the fact that a raft of experts in the field, even including a celebrity chef, had previously tipped her as the likely winner:

Leona Lewis is the stars' favourite to win this year's X Factor.
In a straw poll of red carpet celebrities, she picked up more votes than fellow semi-finalists Ben Mills and Raymond Quinn.
Westlife singer Kian Egan, former Fame Academy contestant Lemar Obika, Jamie Oliver and ex-Sugababes singer Mutya Beuna all tipped Leona to win the competition.
Unfortunately Brian McFadden and Delta Goodrem showed they haven't been watching very closely by tipping the MacDonald Brothers, even though the Scottish duo were voted off last weekend.
Kian said: "It's tough competition there, there is a lot of good people still left."

"Red carpet celebrities"?  Well, even I have heard of Jamie Oliver, although I confess that I have no idea why his judgement on such a matter should be of interest to anyone, certainly as compared with his judgement of, say, a plate of caldeirada de lulas à madeirense.

A rare note of dissent is sounded by someone on the 'Hollywood Grind – Celebrity Gossip' website, reproduced here with inventive and economical punctuation intact:

Hi I would like to join in the plaudits for the phenomenally gifted Leona Lewis, and wish her great success in the future. However !, after surfing the net and discovering she has already written an album (not released) and been working with “Top” singers and producers both in the USA , i think the UK TV viewing public have been "conned" by the makers of X Factor.
To hear Simon Cowell and Sharon Osbourne repeatedly tell us weekly how Leona is bewilderingly unaware of her huge singing talent and ability, PLEASE !!!, and to find out she had been booked on the Ellen US chat show approx 3 weeks before the final result !!.
This series of X Factor has been a good fundraiser for the producers with nearly 9 million texts and phone-in’s.  The core value of X Factor is to tour the country looking for an individual uncut diamond of talent, cut and polish it over 9 weeks then put it in the shop window to find it’s own place in the music industry. This year it seems they just opted to take the easy option go to the jewelry store and hope nobody notices.
My gripe is not with Leona but with the manipulative makers of X Factor.
Good luck Leona, make your family and your country proud, you ARE an outstanding singer.

On the same website you can see and (more importantly) hear a clip of Leona performing her prize-winning song, 'A Moment Like This'.  Obviously this is the peak of 21st-century musical artistry, although to my elderly square's ear the heavy vibrato, the sudden harsh meaningless fortissimi (voice broadening out into something just short of a scream), the long drawn out glissandi and, worst of all, the yodelling subdivision of long vowel sounds regardless of meaning (day-ayay-ayay-ayay), are painful to listen to, even though all are the stock-in-trade of the contemporary pop or rock singer, perhaps indicating a distant relationship to gospel singing — impression reinforced by the improbable appearance, half-way through the song, of a large black gospel backing group in white church surplices, swaying, prancing and finger-snapping in perfect unison.  The tonal uncertainties of Leona's final prize-winning performance may charitably be ascribed to nervousness, and perhaps to the tunelessness of the song itself, for which Leona can't be blamed.  Well, we can unaffectedly wish her fame (which she already has in spades) and fortune (evidently now guaranteed).   She seems a perfectly harmless young woman.

Now if the formation and training of a school choir in every state and private school in the country were to be made compulsory by law, along with a curriculum requiring every child to sing the choruses of the Messiah, the B Minor Mass, Elijah and The Beggar's Opera in the course of his or her schooldays, the next generation's lives would be immeasurably enriched, and the singing of even popular songs on radio and television by amateurs and professionals alike might become a pleasure to listen to.   We should be so lucky.